After acquiring a few free bed nights a Nenthead it only seemed fitting that we have a weekend up there to see a few mines, as for the majority of us it had been many years since our last visit.  Thankfully under the local capable hands of Dave Gledhill we stood half a chance of not getting lost and to see a few parts of the mine workings less visited.

For the Saturday a team of Julian, Ernie, Jon, Luke, Dave, and myself (Jeff), set off for a through trip of Caplecleugh to Rampgill.  For myself it was wetter than I remembered, and to be fair it had been raining a fair bit over the subsequent days.  Dave led us through the sough levels and on arrival in Smallcleugh we climbed up the ancient ladders into the workings above.  This was an insight, as generally in the stone clad sough level the size of the workings above are unknown.  Only on climbing up can the size of the workings be truly appreciated.  After a round trip in these upper levels we dropped back down and continued on the typical route through the system climbing up the calcited ladders taking in a few of the less visited passages, passing by the Ballroom before heading on to Rampgill.  All in all it was trip of about 7-8 hours underground and we were ready for some food.  Sadly Bob and Barny who were also with us on the weekend spent most of the Saturday morning looking for Bob´s collie that had run off on the moors.  She was later found at the vets, after a local had brought her in after turning up at her farmhouse.

Unfortunately the Miners in Nenthead was not serving food due to a leek growing festival, so we had to head to Alston.  On arrival only half the town was illuminated due to a power cut.  Therefore our last option the Cumberland inn, we got served and then headed back to Nenthead to see some leeks and meet the locals. 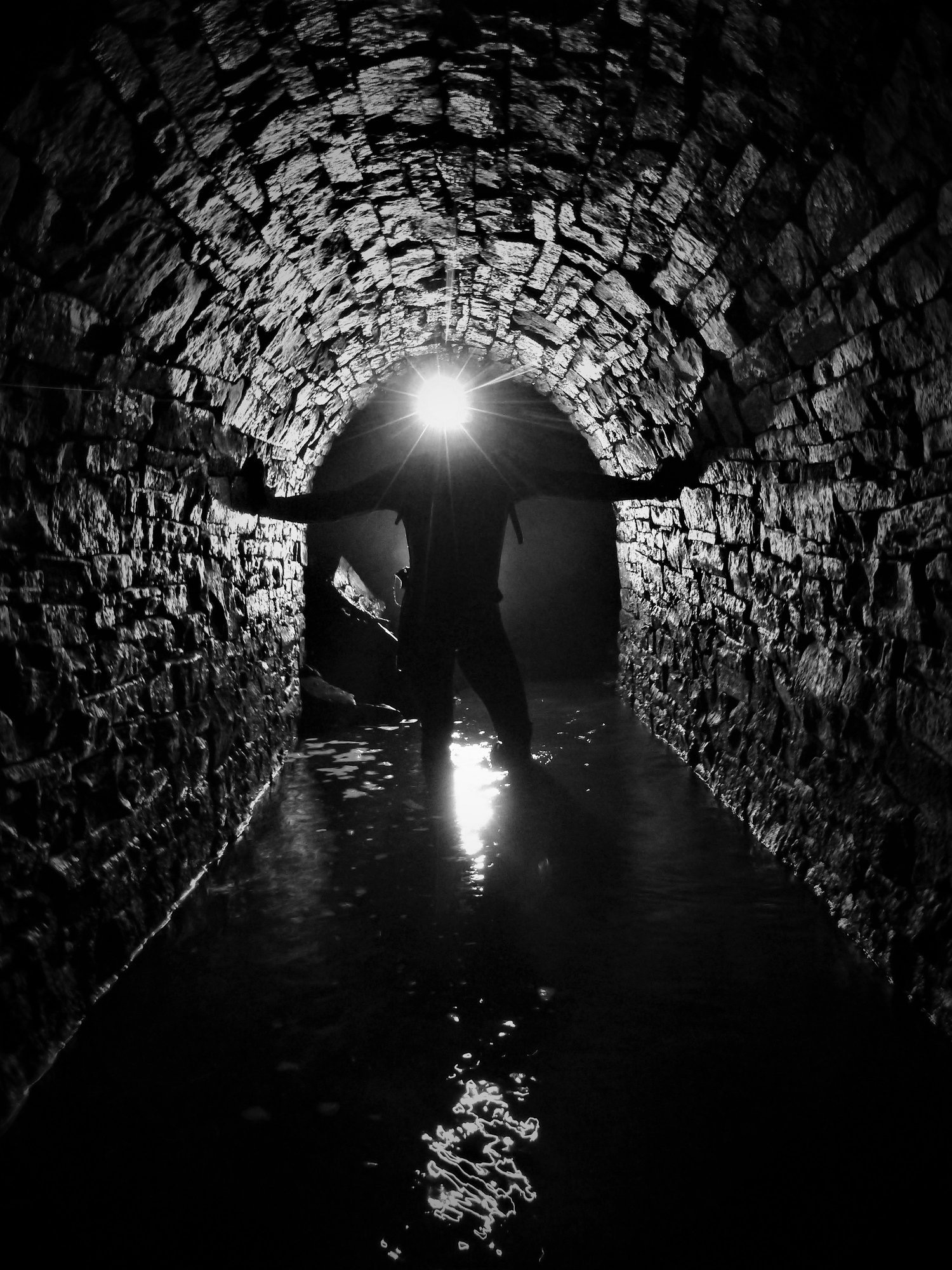 For the Sunday the numbers had diminished, some on surface tasks, some with things to do at home.  Dave had selected a few simpler trips for the day, which started with Firestone mine that is mostly a dig.  Dave, Julian, Bob and collie, and myself (Jeff), set off for a view of their digging efforts.  It was impressive, I don´t think I have ever seen so many 1 tonne builders bags and sandbags stacked in one place underground.  A lot of passage had been regained, but the end was still yet to be seen too!  Bob came with us along the horizontal section, but headed out once we descend a series of calcited ladders, which on descending enlarged gradually in size to the deposition of the calcite, to the point that it was virtually impossible to place a foot between the runs and grip the sides of the ladders due to their size.  We headed out after this short trip and walked on down to Rampgill.  Here Dave took us on a trip up to the Norpex digs which is the level that branches off at Whiskey Bottle corner.  Here we passed through all of the Norpex digs and eventually climbed up into some dry workings above via ladders and jinged shafts.  Dave was keen to show us some traditional workings, but without a rope to climb across one of the open shafts by suspended plank (I was less than keen) we missed one of the better well kept bits.   One to return to another day.  Together we headed back out and took in a quick look at the Scaleburn Vein and the horse driven winding wheels.

We came out to wind and horizontal rain in the middle of the afternoon.  A quick pack up and clean of the hut and back home we headed.