After hearing nasty stories of the “cave for real men”, we decided to go check out Mountbatten Pot and see if we were up to the challenge. A further excuse was to get it on the 3D survex file, as the close locality of the bottom to Nettle’s Far Flats bedding plane makes it an exciting prospect.

With little information to go off we went armed with 60m of rope and plenty of rigging gear including drill and stainless bolts. Luke led the descent, making quick work of rigging off the insitu 8mm through-bolts (take 4 hangers to reach the bottom), and by some good wiggling and meandering of his way down through the tightest sections, it was quickly a “rope free” and I went to join him.

It’s actually a surprisingly friendly little pot, with even a few quite spacious sections. The tightest bit is roughly ½ way down, and is certainly quite a committing move. If something jammed or snagged you could easily end up in difficulty. Luckily I simply slide through and before long we were both snuggly at the bottom inspecting the digging operations that had happened in the past. It’s not an easy place to work, as the dig face (floor) is quite cramped. No open gaps in the rocks means no chance for a draught, so not too much to encourage you.

We started surveying out. I was grateful for having my Pantin foot jammer as it made ascending the tightest bits almost easy, although Luke managed extremely well without one.

Back on the surface after just over an hour, it felt almost like we’d been cheated. An easy and enjoyable trip for a change, leaving plenty of pub time to discuss the next “proper” trip…

The survey concludes the current depth is 44m. This puts it 11m above the Far Flats, although with the bedding dipping to the East it could be more like 7-8m. Certainly a big undertaking, but with very high prospects... 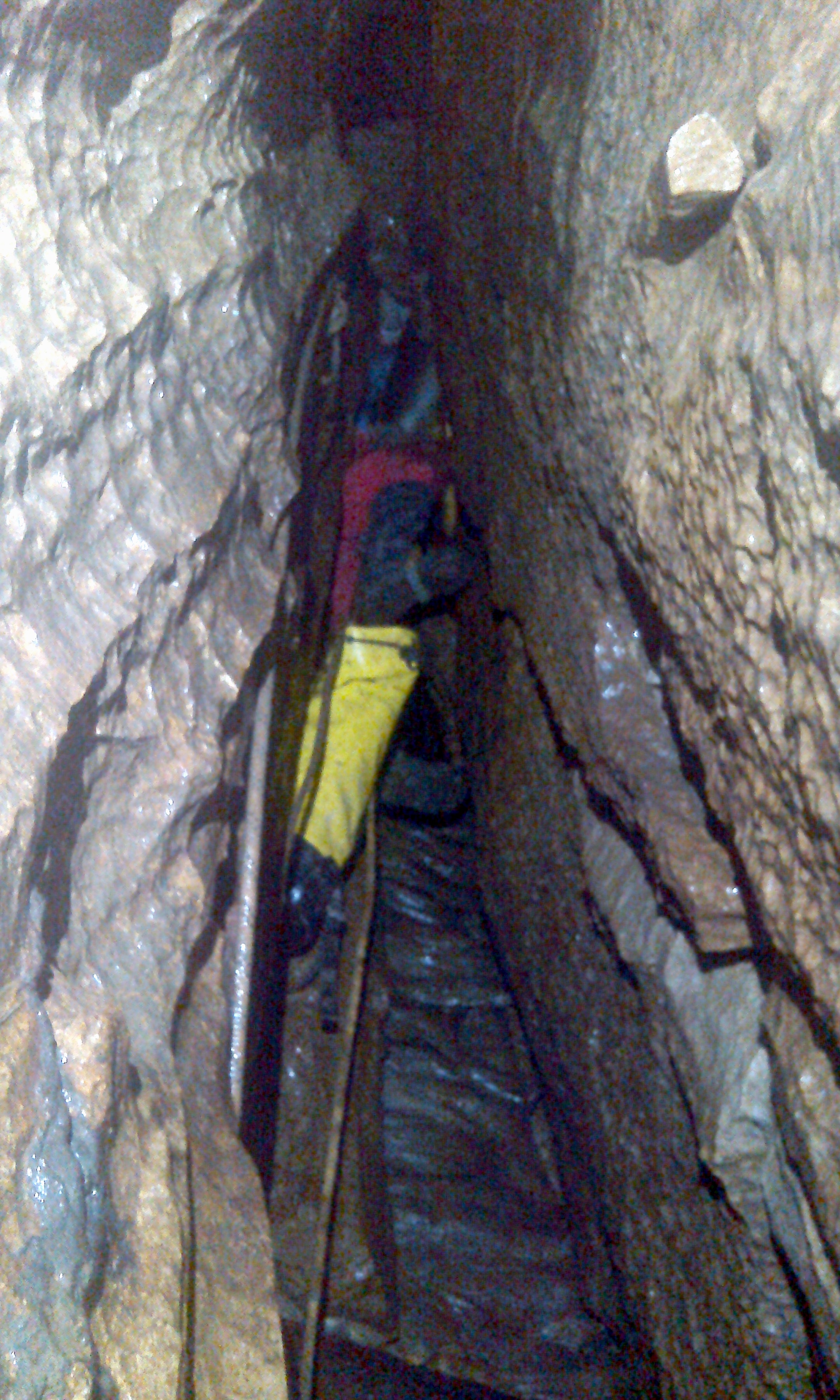