Tying up some loose ends

Tying up some loose ends

Evening trip to re-rig some sections which we decided needed altering or rigging in the first place and Dave's first visit to the place. We rigged a couple of small (previously free-climbed) sections then made a concentrated effort on altering the start of TAP traverse. After lots of faff job was done, well done enough to my taste minus removing Rob's exploration rope as all the crabs had seized shut.

We then rigged the slot before the Isolation boulder choke after noting another section which warranted more rope. Made a start on the new route over the top of Isolation chamber to avoid the necky choke. it was now 10pm so we decided to start making our way out. Exiting around 11pm into a freezing evening up on top of the hill. Lovely.

Time to start the survey of the new extensions, Jeff put his hand and offered to remove the rope on TAP traverse plus some extra modification whilst also adding a rope to traverse across to Isolation whilst Rob and I had the slightly more fun job of surveying the new extension and having a proper look. 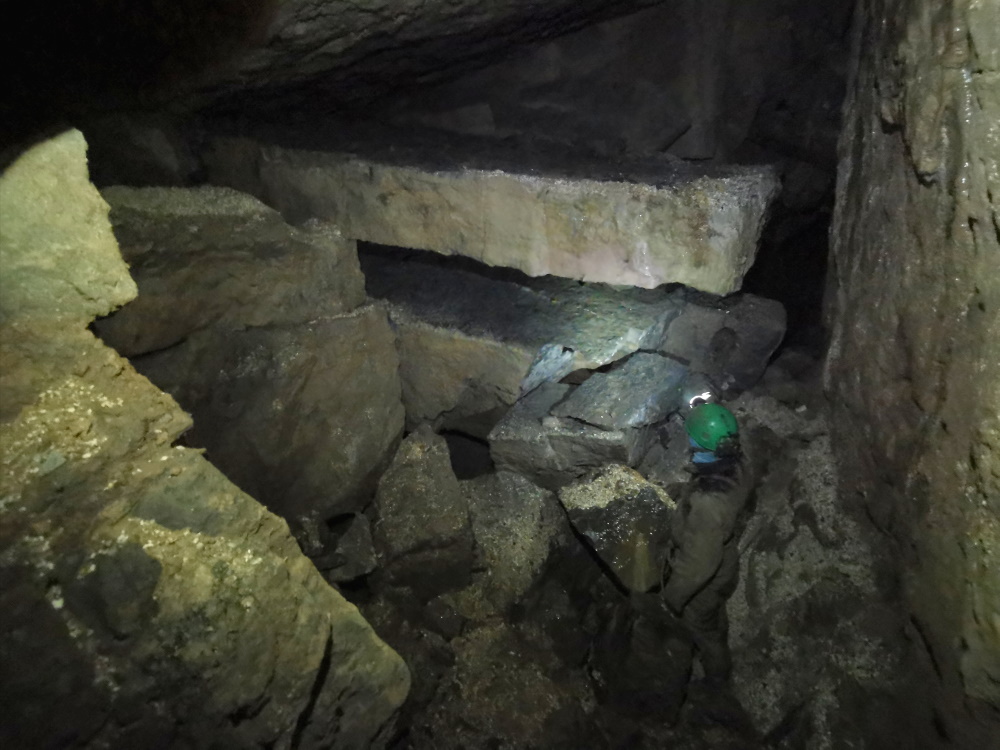 Jon in the as yet un-named natural passage

We started the survey at Jeff's rigging point and made our way over the top and down into Isolation. After deciding to survey this section whilst we survey the cartgate we bobbed across to the new extension and the Stop Flattening Me Chamber. Rob was pleased with the find. We surveyed the chamber and found a new aven off to one side which is remarkably Bagshawe-esq. We then surveyed the natural chamber below and found another tall cross rift which we'd somehow missed the last time we were here. Now we got to push beyond mine and Luke's previous point but this was short lived cause after 6m we found a 12m deep pitch which we couldn't climb. Rob traversed over the top to a stable level which he pushed for 20m to a collapse.

Not the outcome we wanted but we'll have to wait until next time to descend the pitch with hopefully a continuation below. 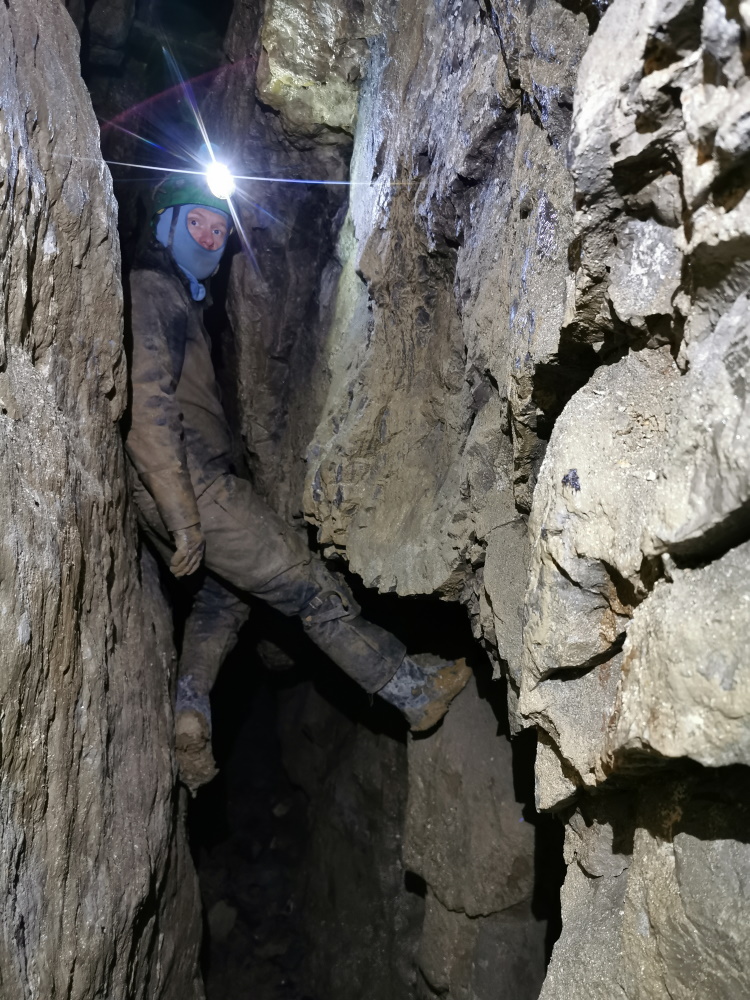 Jon cooly looking for ways on at the end