We knew this would be a memorable trip, we just didn’t know if it was going to be for good or bad reasons! Pre-beers helped lighten the mood and the three of us set off with drill, camera gear, and 4 scaffold poles. 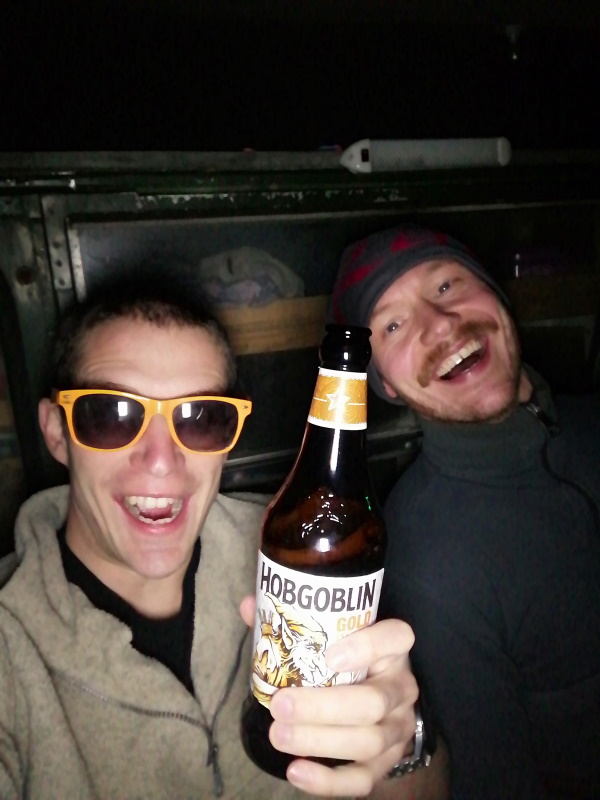 Rather than think too much about it I went straight to the end with the drill and 25m of rope and got to work, trying as hard as possible not to look at anything, let alone touch it. A lack of solid walls meant my first belay was the last scaffold pole (which is only there for aesthetics anyway) and the funnel at the pitch head proved tricky to turn around in with all the bolting gear on. Once I’d carefully lowered myself down into the rift the view back up was pretty horrifying and I was keen to get going. However I’d unfortunately talked Jeff “award winning” Wade into getting some photos of the dig for the next Descent so I had to hang around for a short while. Job done (very professionally I must say) I got back to putting in some very unprofessionally placed bolts into relatively loose boulders and started to abseil down. The rift opened up to a nice pitch which felt unreasonably safe from the horrendous boulder pile directly above. 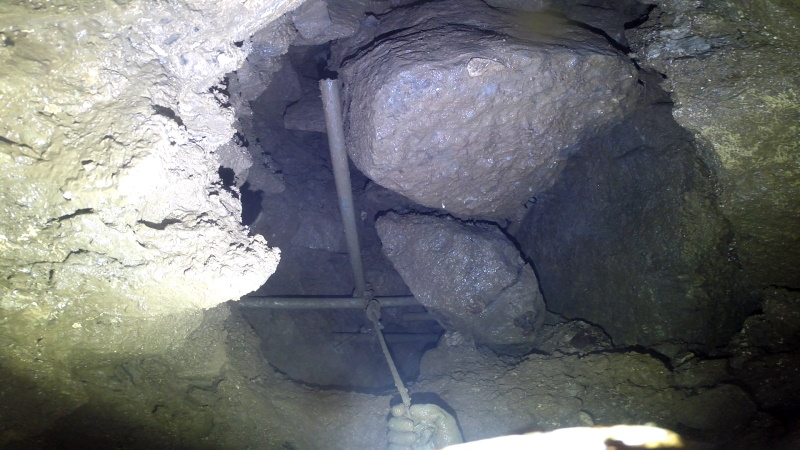 Looking up from the pitch head towards the dig

At 6m down a level headed off west. This looked very nice, solid walls and roof (!) and looked like it continued. Conversely below looked deep but awful, with big boulders and broken stemples on all sides. I decided the level was the easy option so I’d best get on with exploring down whilst I’m still fired up. I landed on a loose slope 10m further down, after having put in a rebelay to prevent the rope veering into danger zones, and put in another bolt to get me down the next pitch.

The rift is larger here and had more of a natural feel to it, with phreatic pockets and a predominant bedding plane. It was obvious the next pitch was too deep for my rope to I untied the knot off the end to get what little extra I could and headed down. Thankfully the last 4m was freeclimable and finally I’d reached the bottom of this awful pitch. I headed off west in an enlarged natural passage, over cleanwashed boulders and under a phreatic roof, to where the floor climbed up to meet the roof, nearly. Two black holes either side of the passage enticed me to dig it more open and poke my head through, and it was worth it! It opened out to roughly 4m wide with a funnel in the floor sloping down to another shaft down, confirmed by thrown rocks to be about 10m deep, and the shaft continued up too. I did not expect this place to go this deep, now easily deeper than the rest of the mine downstream.

I returned to the pitch and carefully climbed the two hangs to the upper level seen before. Here I had voice connection with Jon and Jeff. They’d got a load of good photos and were keen not to miss the pub. I agreed and ran off down the level for a quick look. Sure enough it soon reached the shaft seen below, but this time in a very (relatively) safe manner. A lovely sight. From here it is obviously the main engine shaft for quite a significant venture. Carefully leaning out I couldn’t see the bottom or top, and we were out of rope and time. What a way to leave a lead! 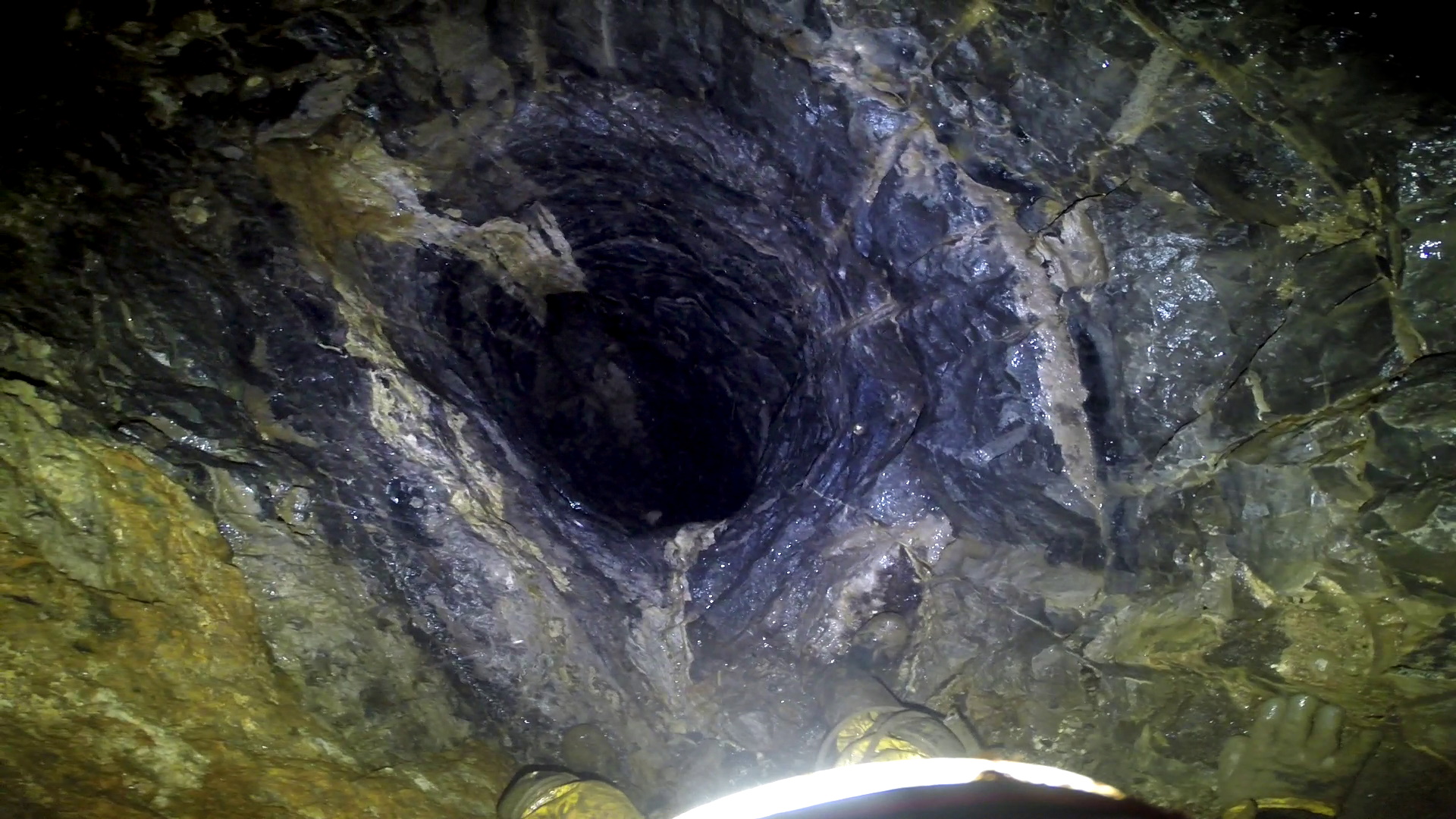 I ran back to the others and then quickly put my “careful” head back on to climb back up this last rope to the dig. Again from below this bit looks bad and the funnel is harder to move up through without risking dislodging anything important. The feeling of safety when reaching the (rubbish) scaffolded dig was much needed and the thirst for more beer grew strong.

The prussiking up the rest of the mine felt safer and quicker than normal and we were soon at the surface. We had a quick gander around the dale where we guessed the engine shaft might be and there’s certainly a few things to look at. The main confusion of the place is that the draught was not as strong as in the “old” mine. Also we gone deeper than the rest of the mine, but there was no obvious signs of flooding. We’ve still got lots more to learn….