After reading the 60’s reports in the EPC journals, Jon was mega keen for seeing what it’s like in Icarus’ Crawl. I wasn’t, nor can I understand why he was after reading said reports, but I am always keen to add to the 3D file and that was the deal.

The crawl is partial hidden behind a large boulder in New Oxlow, 30m passed the turnoff to Giants. Instantly flatout in a phreatic tube on dry, compacted mud, the going is pretty miserable straight away. With Jon leading the way, we adopted the ever-inspiring head-to foot survey technique. Even this can be challenging in a passage where you often can’t easily turn your head.

After 40m a T-junction is met; right to H.M.Crawl and left to continue "downstream" along Icarus’ Crawl. We kept left, where the passage is slightly smaller and slowly gets increasingly damp. Just passed a dead-end passage on the left, a small stream is met coming out of a small, but strongly draughting, passage also on the left. The water can be heard falling from a small aven not far out of sight. 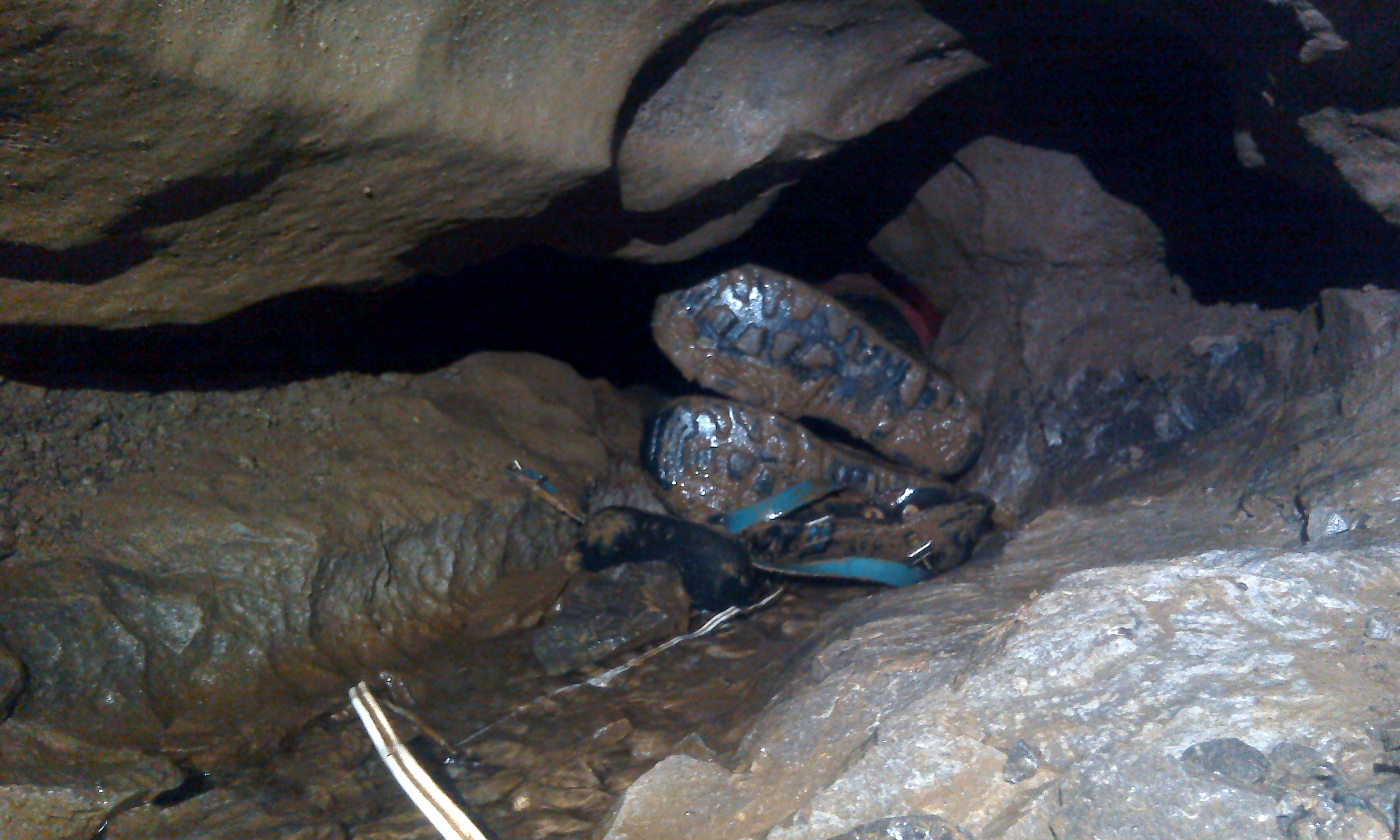 A few body lengths following the stream and the first squeeze is met. This was blasted back in the 60’s but not to a great size and it’s an unpleasant move to get through to a small cross rift just beyond. Here the falling water can be heard even louder, but again it’s just out of sight. Straight ahead is now even smaller with a tight bend to the right (“Kamakazi Corner”?) making it all very committing. A couple more body lengths, some of which has been enlarged, and I as not comfortable pushing any further.

The draught had disappeared, so presumably that is just a circular draught caused by the mysterious falling water. The deep, resonating  echo ahead didn’t sound promising, and I was happy to start pushing back. Jon had tried earlier to turn around in the cross rift for maybe 10 minutes but gave in, fearing that this was not the place to pull a back muscle. I followed his example and simply backed straight out through the squeeze, which was actually pretty easy although painful on the crotch! The dead-end passage proved as an excellent turning and passing point. The journey back to the T-junction felt further than either of us expected, and I was surprised that Jon was keen to continue surveying. I met his fake enthusiasm with a similar amount and we headed off West, trending back towards the Oxlow Caverns.

Henry Mares’ crawl starts similar but after ~30m becomes more wide and clean-washed. Likewise the height decreases and following the widest route becomes more challenging. Sticking left seemed to work for me, but a good few bodylengths is very tight on the chest whilst the rough floor makes it difficult to make progress. Jon tried first but his cordura oversuit seemed to have much more friction than my PVC, or at least that was his excuse. Once through the tightest bit it opens out a bit more but the only big enough way on is a wet pool which was going to prove difficult to pass with a DistoX. A few inefficient minutes of pushing the water away with my other hand made it slightly less full and I could continue to survey on my own. Only a little further the passage abruptly drops away into a blind 6m pitch down to water. This is a surprising and ominous feature after lying flatout for so long. It looked possibly freeclimbable, but with no gear or support, a laser shot down was sufficient for me this trip. 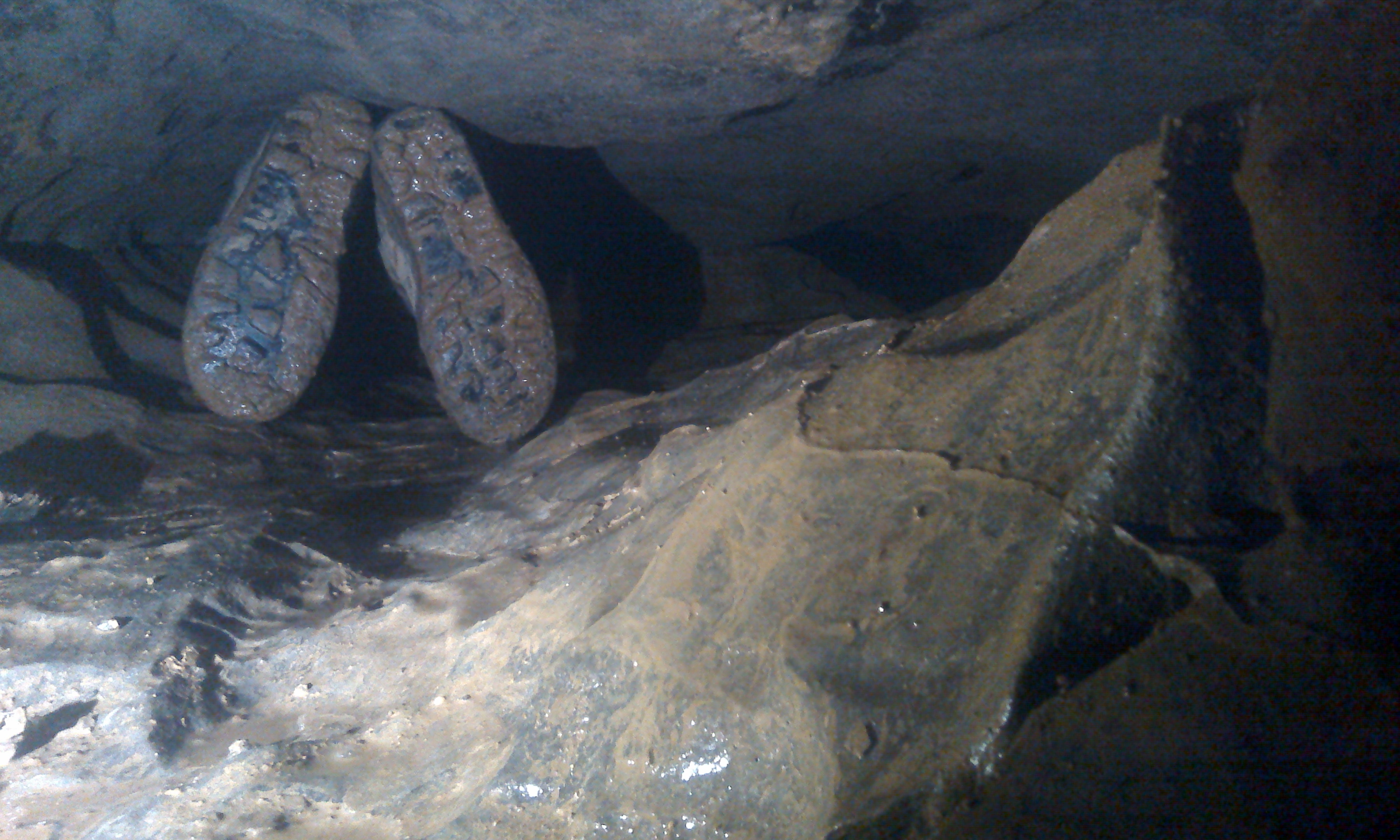 Again, it was nice to turn around and start heading back, and once through the worst squeezes I was much more comfortable. And again, for both of us it felt a lot further out than it had on the way in. Once we emerged into (the awesome) New Oxlow passage and stood up for the first time in maybe 3 hours we were both overcome by headaches as the excess blood rushed away. At least that temporarily took our minds off the other pains, especially the sore necks, elbow, knees, winge winge winge…

This survey data provides us with further detail of the shape and structure of the bedding plain. Both Icarus and the Chamber of Horrors connection passage are along the strike, making it more difficult to be clear on their original flow direction.

The water level down the pitch is within cm of the water encountered last week in the new passage in Black’s Folly, and less than 30m away and directly inline. I would be very surprised if these are not directly linked.

This raises the important question of water direction. Black’s Folly drains West to the small inlet sump in Oxlow’s west anti-chamber. Whereas the water flowing away at the far end of Icarus Crawl is heading East, presumably towards Peak. So quite a big divergence happens in these small crawls. However both of these are now immature vadose waters, and I think the original phreatics did something very different, although i can't work it out yet.... 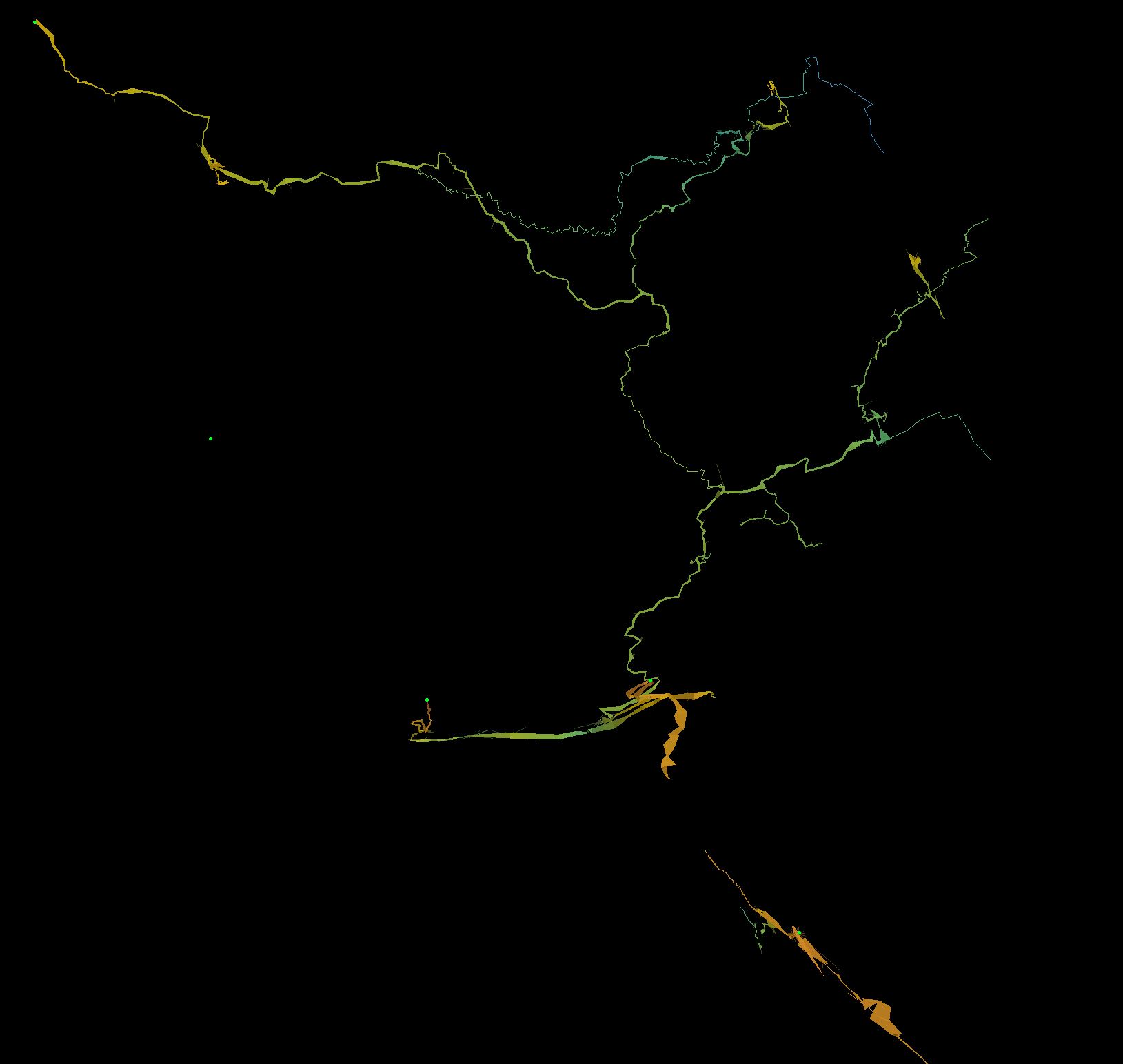 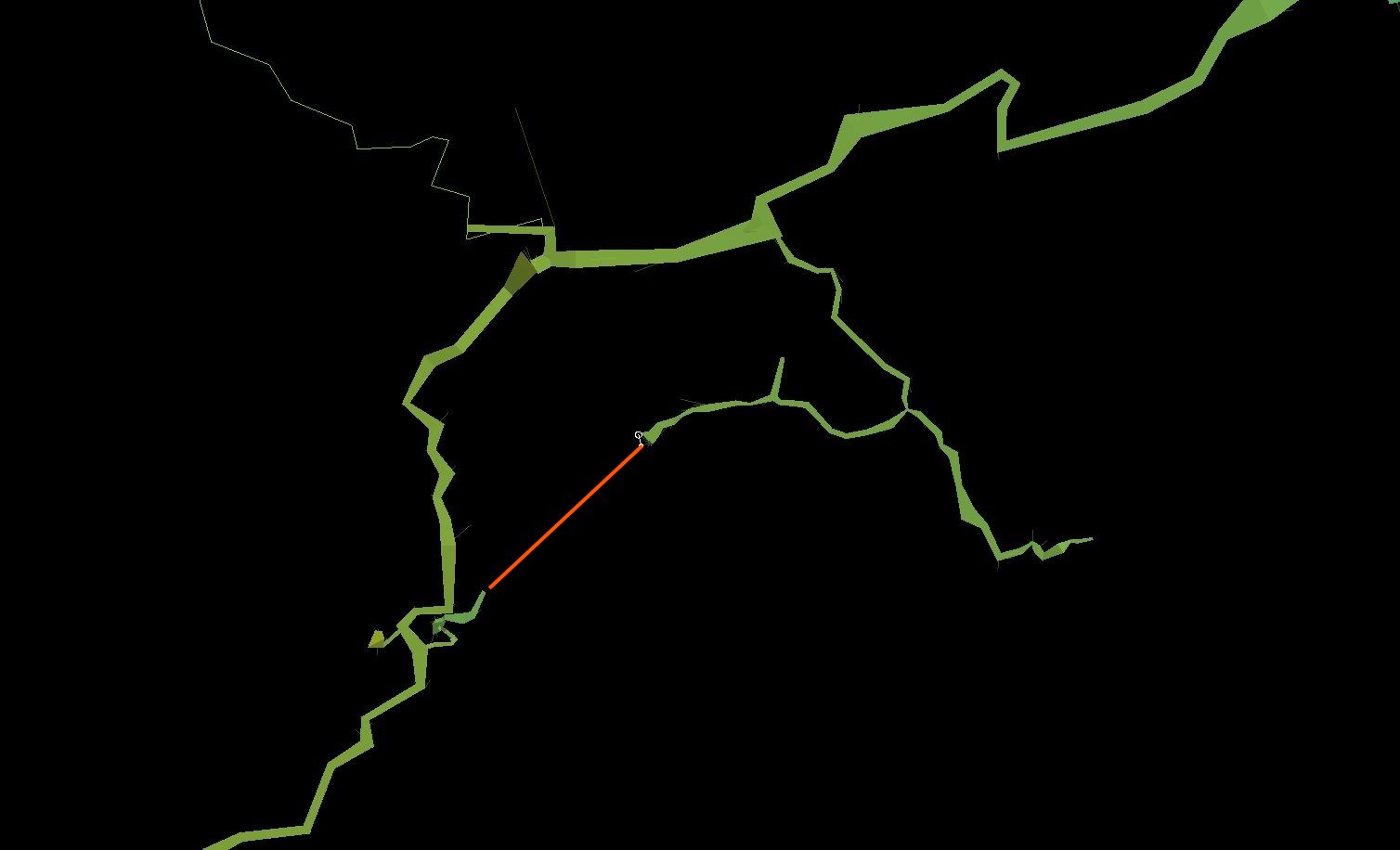