After last week's breakthroughs and voice connections it was quite obvious what we'd get up to tonight and we were all pretty stoked.

Firstly RobM had sub'd in Jack to assist with the diving of Downstream SMMC. This was Jack's first Cussey experience and they had a long trip planned so they set off early whilst we sup'd our pre-beers in the sunshine.

Team A (Me, Joe and the newly promoted SamP) went next, ladden with rope, bolts, capping gear, survey gear and one SRT kit between us. We caught up with the divers halfway along Vulgarious. I think Jack was taking his time to savour the place, especially with the heavy bag. We left them at Sump 2 and headed off to Rat Hole.

Whilst i start surveying what we found last week, Joe and Sam could hear Team B, (JonP and JimT) who's job tonight was to push Black Draught (a flatout crawl off of Inglorious Bastards in Cussey), and they squirrelled up into the Roof Dig to see how far away they were. Close but no light connection yet, so they came onwards to me and we rigged the rope beyond the Rat Hole dig down into the chamber below, now named NGA Chamber. 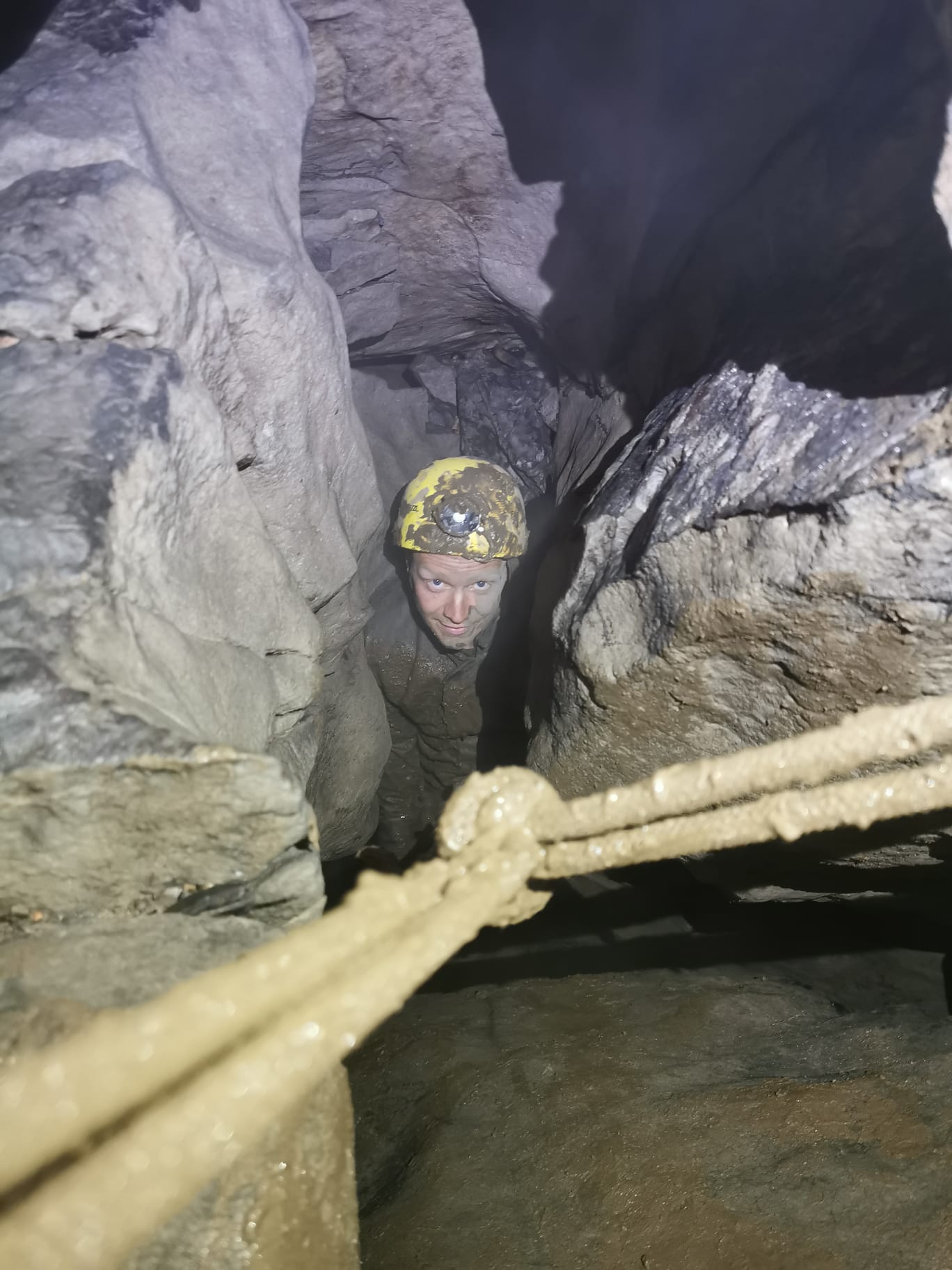 Sam doing the first descent into NGA Chamber, by RobE

SamP had been here last week so once we were all down he showed us the way down through very loose looking, recently tumbled boulders, some the size of houses! The chamber is actually pretty large, with a weird sediment wall taking up the whole northern end. The large white scoring on the walls was over the soot-darkened bedrock, suggesting these collapses have happened quite recently! 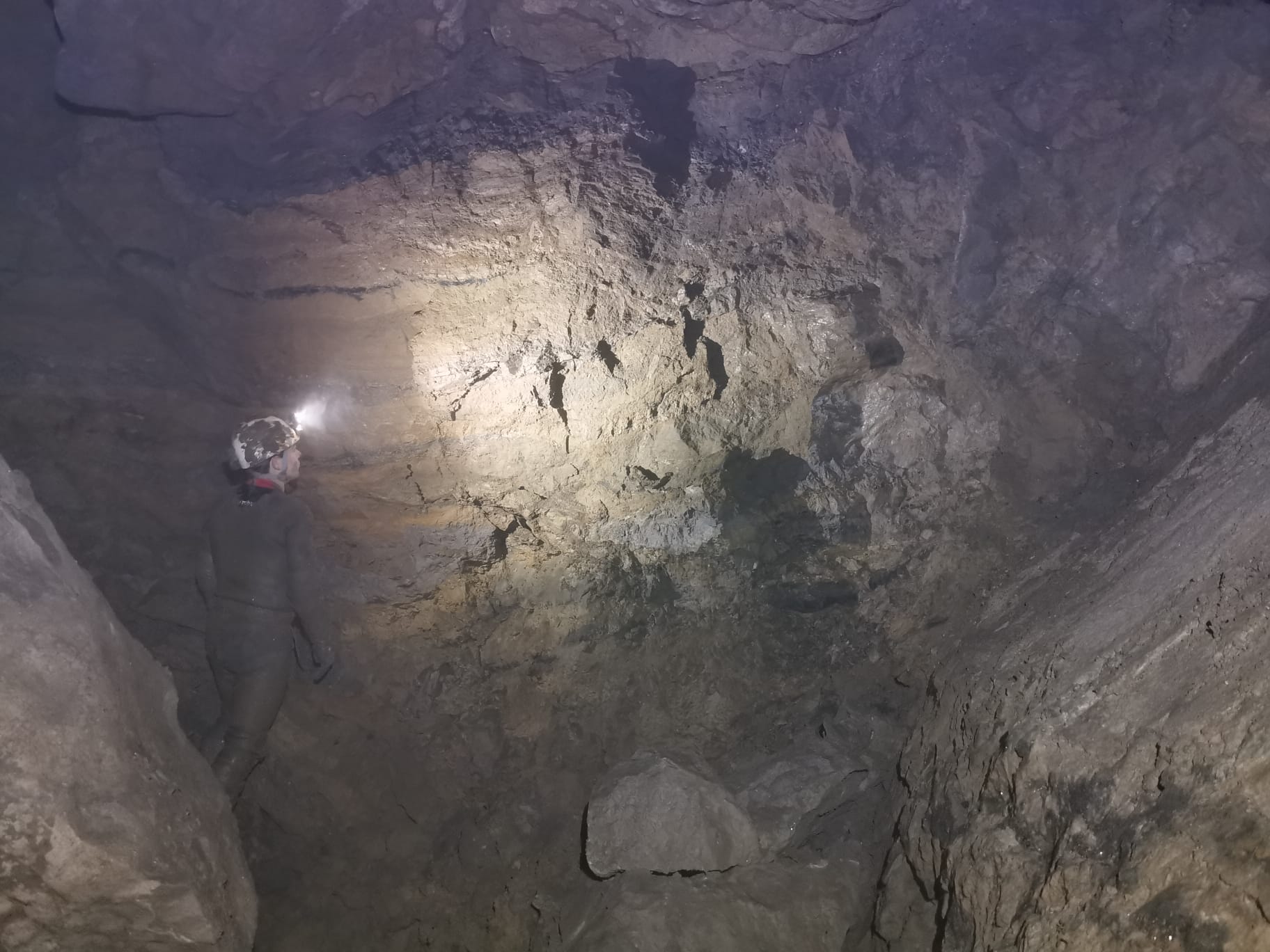 Joe by the wall of Sediment in NGA, by RobE

We cautiously got down to the squeeze with the plan to cap it open a bit to allow easier access (for JonP). However this spot is right below some very loose and precarious boulders and i was very much against the idea of hanging around, let alone doing any capping! So we chickened out and just squeezed through without any modifying. To be fair it is very tight, so massive kudos to Luke for pushing it last week! 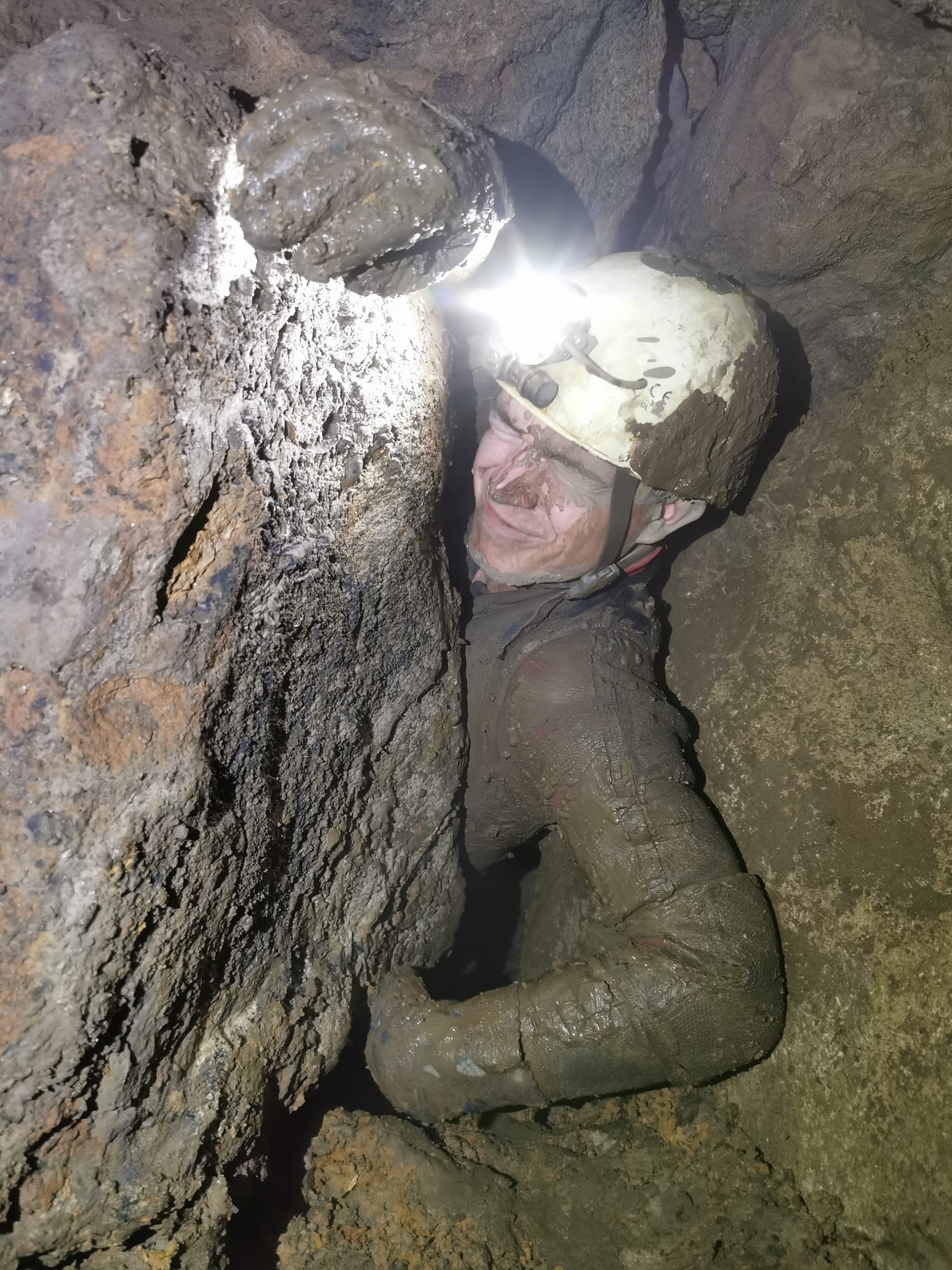 Joe not enjoying the NGA squeeze, by RobE

Once we were all through and we'd tied the survey loop in, we celebrated the first ever round trip here and the third connection into the Master cave by simply heading straight out via the lower Wet West route. Back in Cussey there was no sign of Team B so i went for a quick inspection of their handy work whilst Sam and Joe started up the ropes. They'd made good progress but still the way on at the end of Black Draught is a little unclear. I think we're going to need a few more trips to really see if this is going to be a long project or just a short poke through to the other side...

Back on the surface still totally covered in Loper Lust filth we briefly caught up with Team B and shared stories before heading home. It wasn't until nearly 1am that i got a message from RobM saying they were out fine. He'd managed to lay 40m of line in big passage with it still very much open beyond. Very exciting times for us and for Stoney caving in general! Well done all. 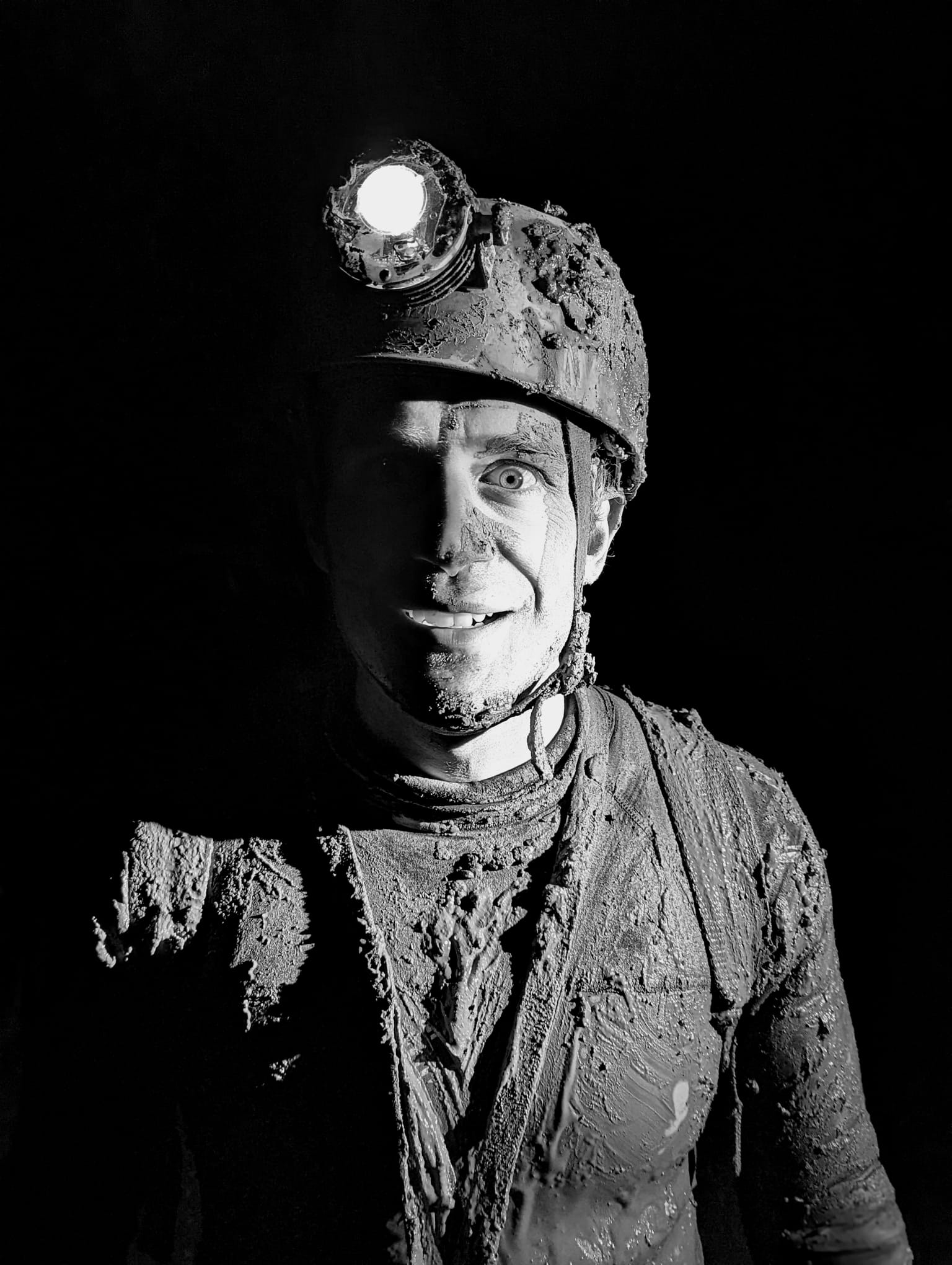