The first time a team hit a dig is always fun. However it’s normally downhill from then on. This dig promises to be different. Firstly, we’re heading uphill. Secondly it’s a long way to dig so we arrived aware that this could indeed be the start of a long, sloppy slog. And finally we left the dig looking much much better than how we arrived.

Pre-beers in the Miners where we had hoped to meet with Mark to discuss important things but he got held up with other important things. None of us had a bag so we made easy work of Cussey, especially as Loper Lust was still dry and getting easier with each trip. On the way we collected drag buckets and hauling ropes ready for their repurposing.

Without much of a plan Joe went digging whilst me and Jon developed a hauling system that kinda worked. A few tight corners made it hard work and digging the face was the quickest bit. After 30 mins or so I swapped with Joe and very quickly he changed our setup and the hauling efficiency increased dramatically to everyone’s benefit. However we were digging a square trench through a round passage and hilariously the side walls kept falling in on us, one time Joe needing Jon to help dig him out. Nevertheless progress was good and we’d progressed maybe 4m after another 30 mins. 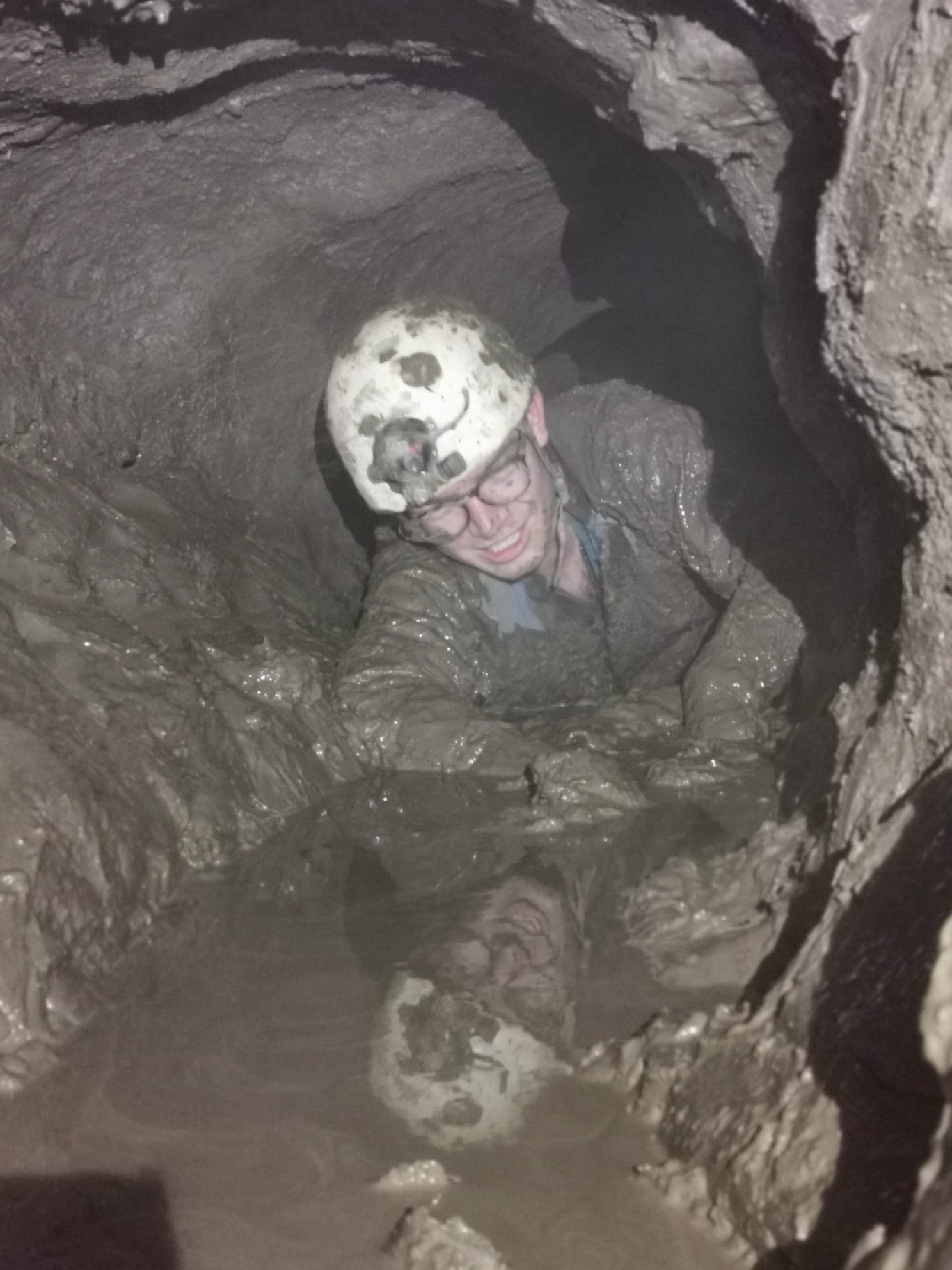 By this point Jon was moaning about the cold and his tired back (to be fair he’d done a lot of hauling) and it turned out Joe had an early start for work, so we all headed back to the now filthy mainstream passage. Before we left I quickly got on with shooting a little video tour of our new dig as a record for our day one of many. Once I got to the end of the dig I pointed the phone around the sharp corner we’d just reached and saw on the screen an open passage. Then commences 4 minutes of video of me squirming my way forwards along a further 10m of passage whilst desperately trying not to drop my phone in the slop below. It seems that in this section the trickle of water than emanates from the passage has cut a channel in the mud mostly wide enough to pass. I realise now in hindsight that my enthusiastic hollers back to the others that’s we’d broken through were maybe a little hasty, but at least it got Jon to have a look at the end. I stopped shortly after at a bit where it narrowed slightly too much, but it looks like it wont take much to enlarge the trench and carry on into the draughting blackness beyond.

Back out Cussey was tiring but again glad of now bag. Washing off in the Saltpan afterwards, post-beers in the carpark under a starlit sky and chatting shit about what lies ahead. The Game is on.