This was a pre Eldon pub meet trip so we had to be quick. Luckily the prebeers didn't touch the sides and we were off into Rocky Horror with only a crowbar and survey gear between us. The draught was bonkers today and on our way passed we noticed a few draughting near the Movie Room which may need a closer inspection some time.

We continued to our objective of the day, to survey the breakthrough area we found a few weeks ago and push the end. The breakthrough point is a vertical squeeze that is not difficult for thin-ish people, but definitely committing. I surveyed through then from below dug the mud off the back wall to make it a little easier for Luke who was making a few small concerned noises. Once he was easily through we surveyed on to the end and started to have a look around. There's two potential leads. One is a choke to the north, but after a closer inspection with the crowbar this looks pretty meaty and not enticing enough for us. The other lead is straight ahead, due South East (which is directly towards Diceman). This choke consists of unusually clean rocks and after pulling a few out issued a solid draught. Looking up into the choke is not totally enticing but due to it's location and the draught we've got to give it a go. Luke then also found a hole in the floor which gave a draught, so we're seemingly in the right place. 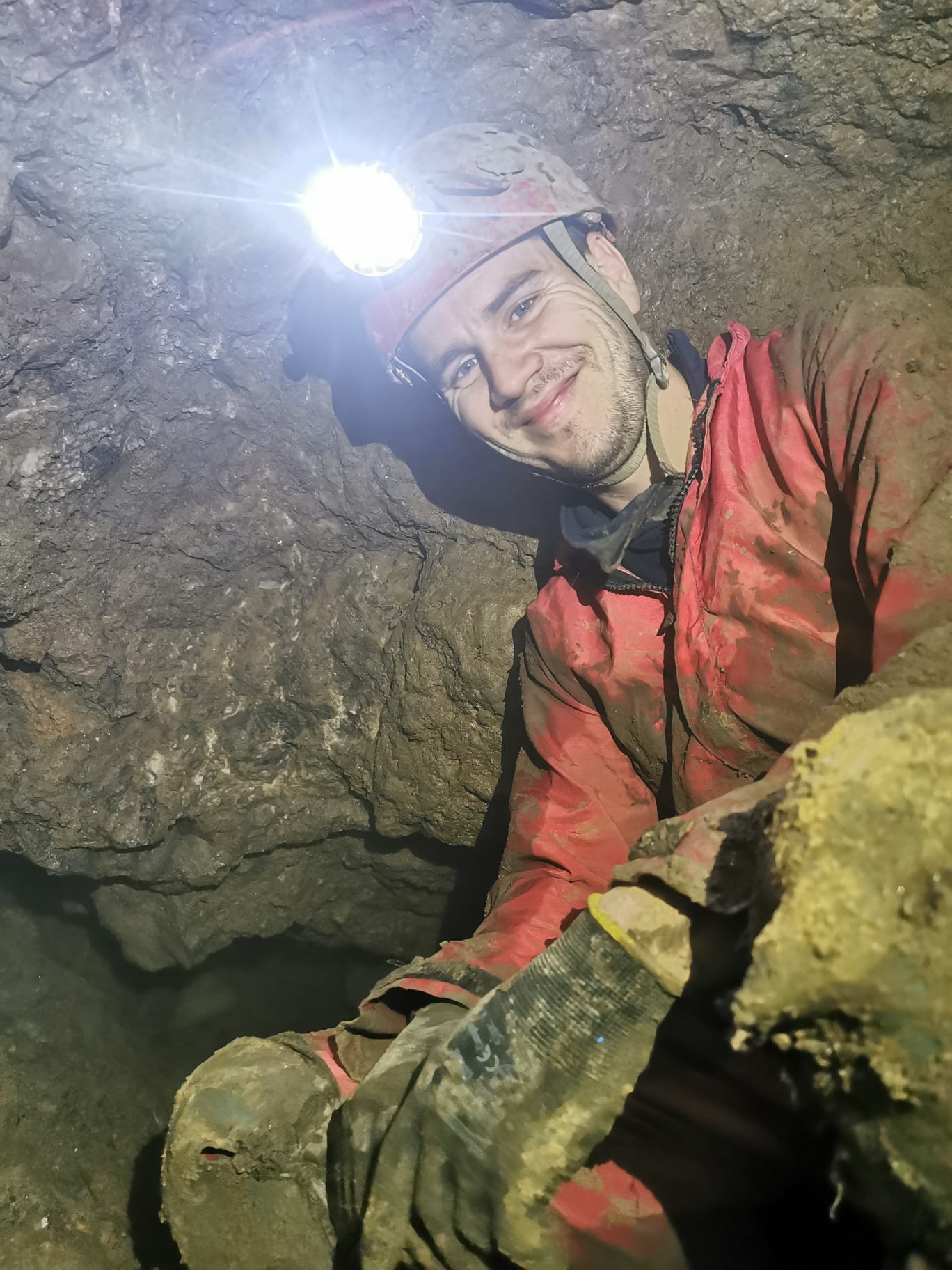 20:20 so it was time to scarper. Getting up out of the squeeze was fun, involving first laying on your back and passing through a hole as if it was a duck, and then sitting up and squidging your legs up underneath you to then stand. It's an unusual one, i like it. In the pub just gone 21:00 for a very enjoyable Eldon social.