The day technically started the night before as we celebrated my birthday in fashion playing chess, drinking beer and being obnoxious! The company was grand but people soon started peeling off and we tucked into bed around 2:00 a.m. I was the first one up feeling a tad rough, I went downstairs to drink a gallon of water before breakfast which eventually sorted me out. After humming and aaring for seemed a good few hours, we eventually decided to descend Aygill Cavers which is located just a 10-minute walk from Bull Pot Farm. 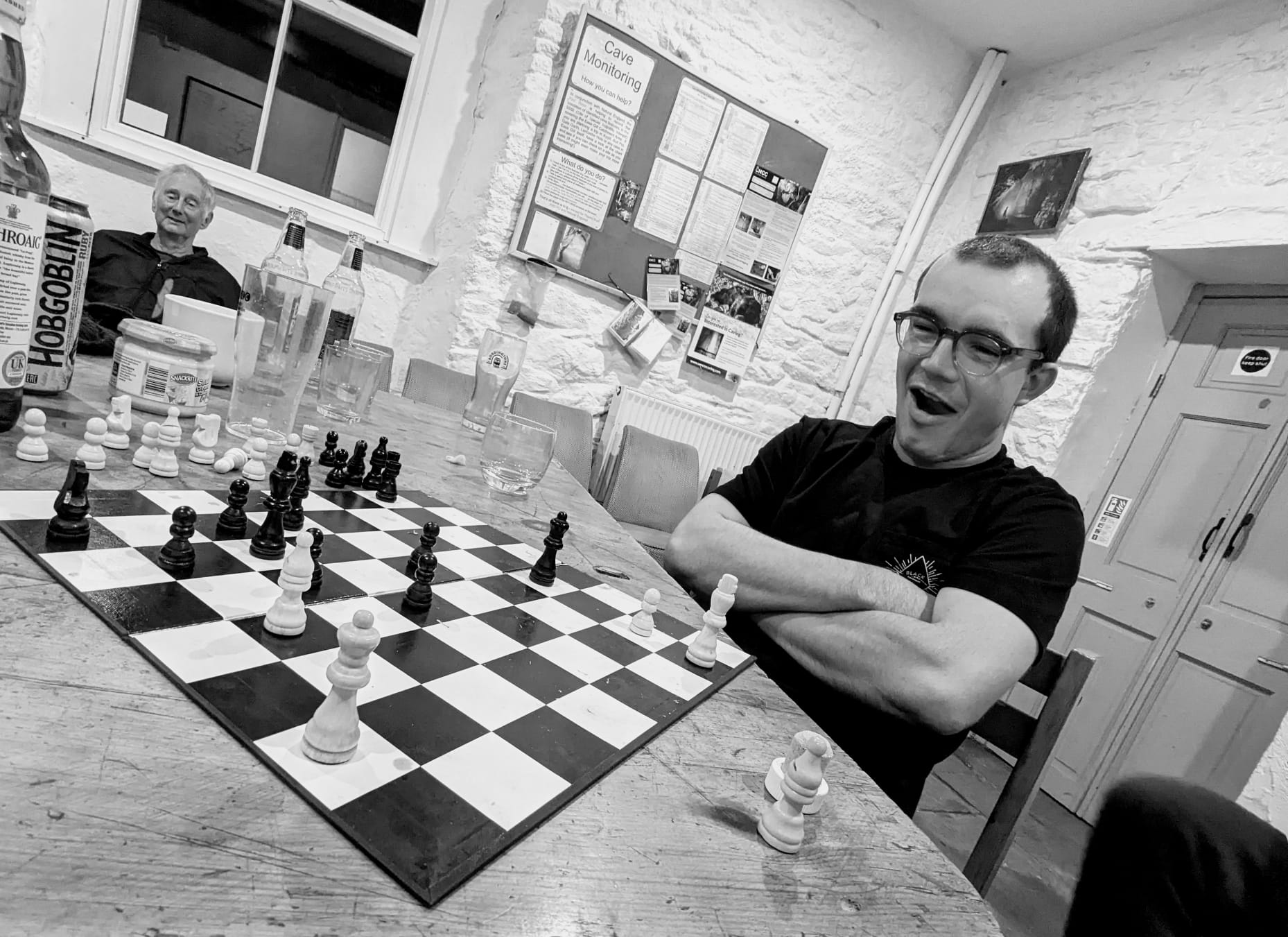 Joe losing at chess, by JonP

We kitted up and left the farm at 11:00 a.m. armed with a vague description on how to find the entrance, we only managed to get lost once. Joe and I descended first remembering to climb a chimney to the left at the foot of the entrance climb… Luke, Rob and Victoria followed. (Team Fivesome!) The entrance series is small and scratty and reminded me a lot of Derbyshire. The first pitch came quite soon and we hastily rigged it with the longer rope intended for the second pitch, but rather than de-rig we decided we could work with what we had. At the base of the first pitch I climb through some rather nice ginging led to a tight rift which Hal would have hated! Luckily he was still tucked up in bed. This soon led to a steep descent leading to the second larger pitch. Here I only managed to find one P-bolt and after a confirmation from Joe of none further back, I rigged the pitch head via this bolt and a natural thread creating quite a convenient Y-hang albeit getting to the rope was slightly unnerving over the large drop below. 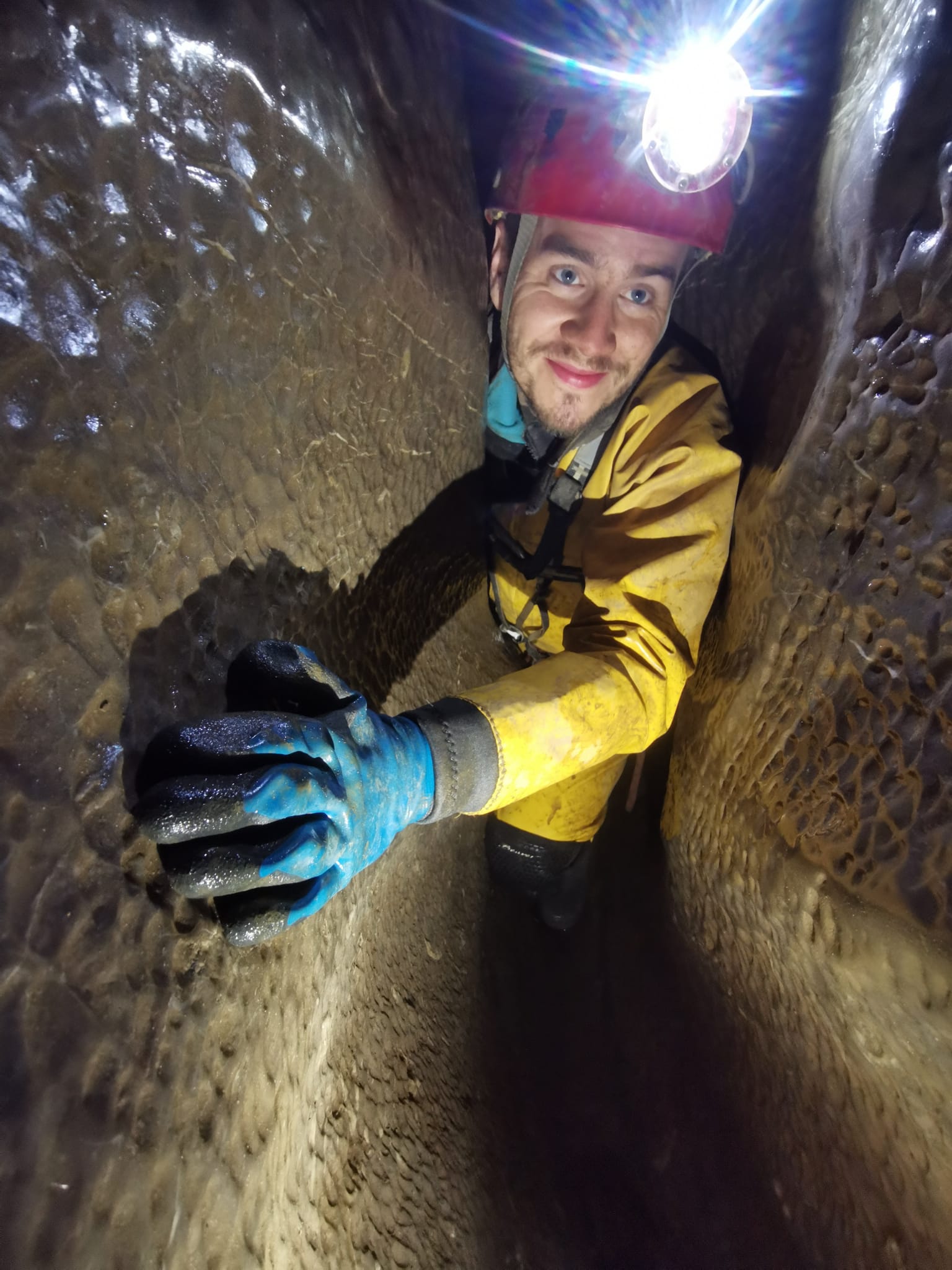 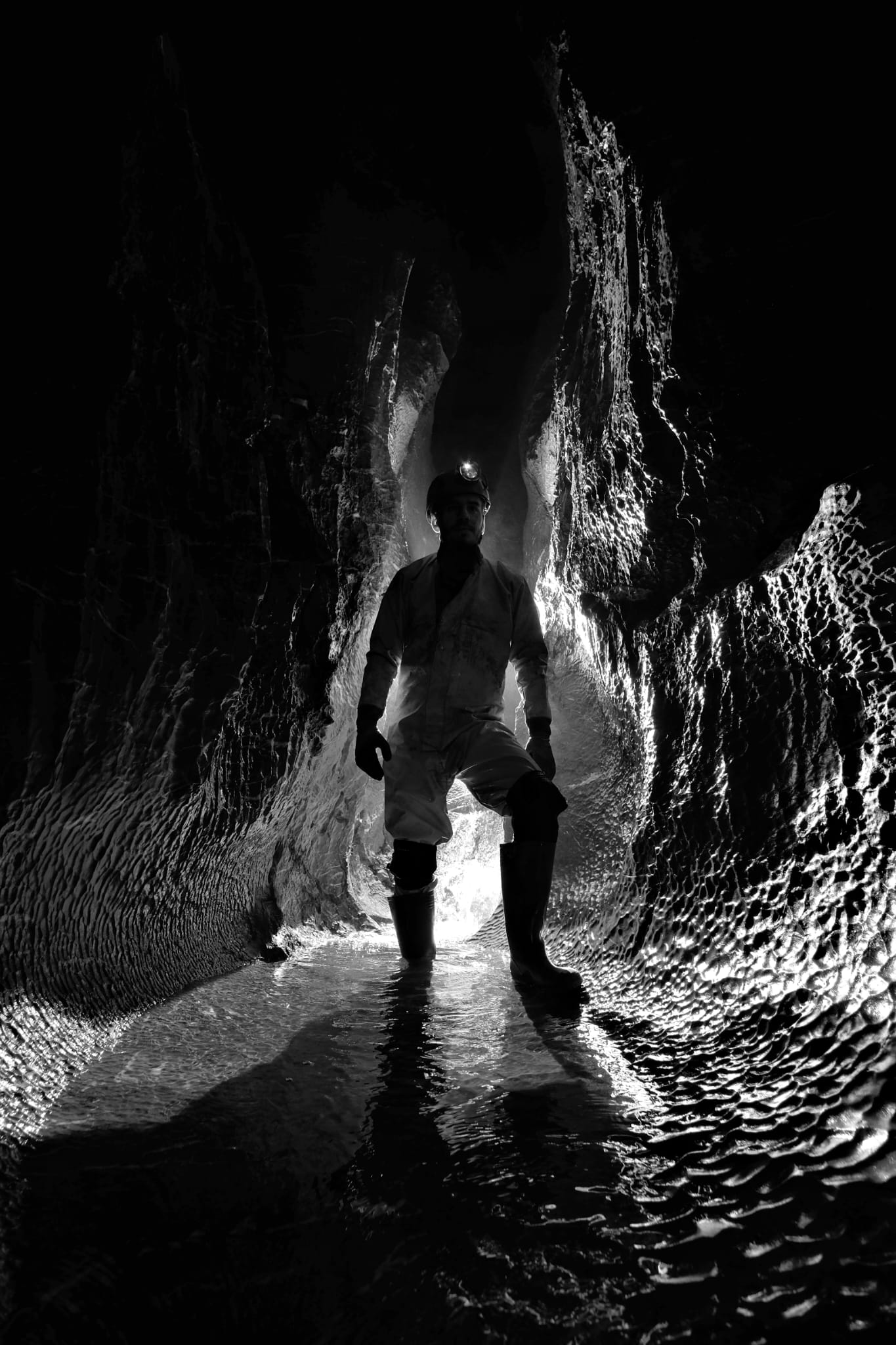 Luke in the awesome stream, by JonP

The cave was beginning to feel a lot more like the Dale's now. Clean washed with a big streamway running along the bottom adorned with lovely scalloping all over the walls! I quickly dropped the pitch and waited for the rest of the party. It was here where I should have left my camera but instead managed to take it on a full tour of the cave without leaving its bag. Once everyone was down we headed a little upstream until the vadose passage began to peter out in crawls. We then headed downstream following the description and found ourselves overlooking a large cascade further downstream via an extremely exposed step into a passage which in reverse was terrifying for me at least. After negotiating the oxbows the cave transforms massively and follows a few muddy crawls passing under boulder chokes and up a climb eventually reaching a large chamber called New Year Cavern. On the opposite side, a continuation of the crawl soon leads to a large stomping passage which is dead straight and massive compared to the rest of the cave. This continues some way until you reach a large boulder choke at the end with an aven in the roof and a dig following the left wall through the choke. A small series heads off under the choke in the stream but not wanting to cause a call out we headed back at this point and I managed to snap a few photos at the base of the second pitch. 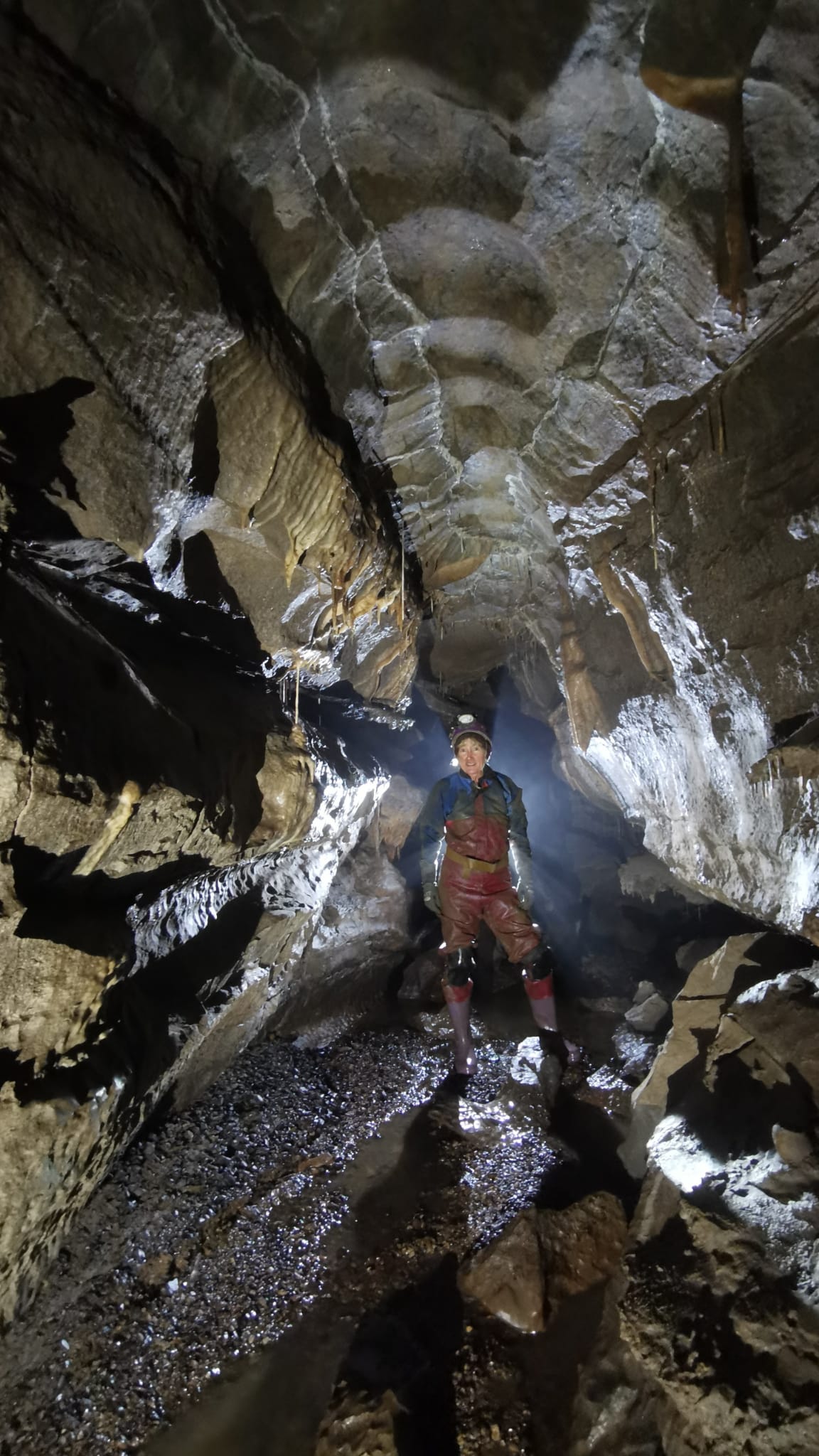 Victoria in the fabulous New Year Passage, by RobE

We reached surface after 3 hours underground and was greeted back at the farm with some lovely sandwiches already made. After scoffing our faces and cleaning up we left for the drive back down south. A great easy Sunday trip and would thoroughly recommend.