Wanting to make use of the dry weather, and after initially contemplating Ladyside or Darfur Pot, we finally agreed on a trip to Ricklow Cave, to see if it was open to Dream Time. None of us had been before, which always adds to the experience.

The entrance crawls were clean and dry, and the two climbs down through old shoring seemed in reasonable condition. Upon reaching the bottom first I saw what looked like solid, dry mud smoothly flowing down into the onward passage, leaving only ~5cm of air space above. 15cm deep cracks gave the appearance that this was old and going to need some very hard digging. Mixed blessings were on our side when I completed the climb down and sunk into shin deep gloop! We were going to get through, but it wasn’t going to be pretty!

Sliding down into the crawl felt very committing, as it was downhill and head first straight into the slop. It instantly went in my mouth, nose, one eye and one ear. The bow wave of mud in front touch the roof and I just had to keep pushing forwards, wiping whatever I could to the sides. There was no way I would be able to get back up that slope feet first on my own, but the others had arrived and were at hand if required.

Luckily this was the worst of it, and after roughly 10m the air space was sufficient to relax(ish) and soon I reached a T junction where I reckoned I could turn around if necessary. I called the others to follow and set off along the largest passage to the right (NOTE the passage to the left also draughted strongly and is the main upstream lead of the northern Lights Series). The going got easier and easier, as the mud dried out and the passage got big enough to crawl. It was obvious no one has forged this route for many years.

After not long we reached the main Lathkill passage at Tiger 5. The clean, orangey phreatic roof spotted with crisp, dark chert nodules made me wonder if this should have been called Leopard 5. The luxiour walking passage soon degenerated to flat out crawling typical with most of Lathkill Head Cave and after a bit of poor route finding we found the main. Whilst dodgy if you look too closely, we snuck through without issue and soon were walking up a slope at the foot of the incredible Dream Time chamber. This is big, and certainly worth the trip. A fixed iron ladder similar to Egnaro Aven gets you up into a small cross rift, with a hilarious short ladder climb down and back up again the other side, to a window in an even bigger chamber (maybe this is officially Dream Time?) totally out of proportion with the passages below. Stalactites litter the roof and the rift up to the Garden Path entrance can be seen far in the distance above. An incredible discovery, especially considering it was all pushed from the resurgence!

Back was much of the same, lots of crawling and squirming, following our muddy streaks and the strong draught. We regrouped prior to the horrifically/hilariously sloppy part and each laughed our way through, trying desperately to not get stuck or loose a welly in the now thickening mud. Zapped of energy we headed out to the sunshine, unfortunately not meeting any DofE walker on the way (just picking up their litter).

A fantastic little collector’s route to a “must see” chamber, and we even made the pub :-) 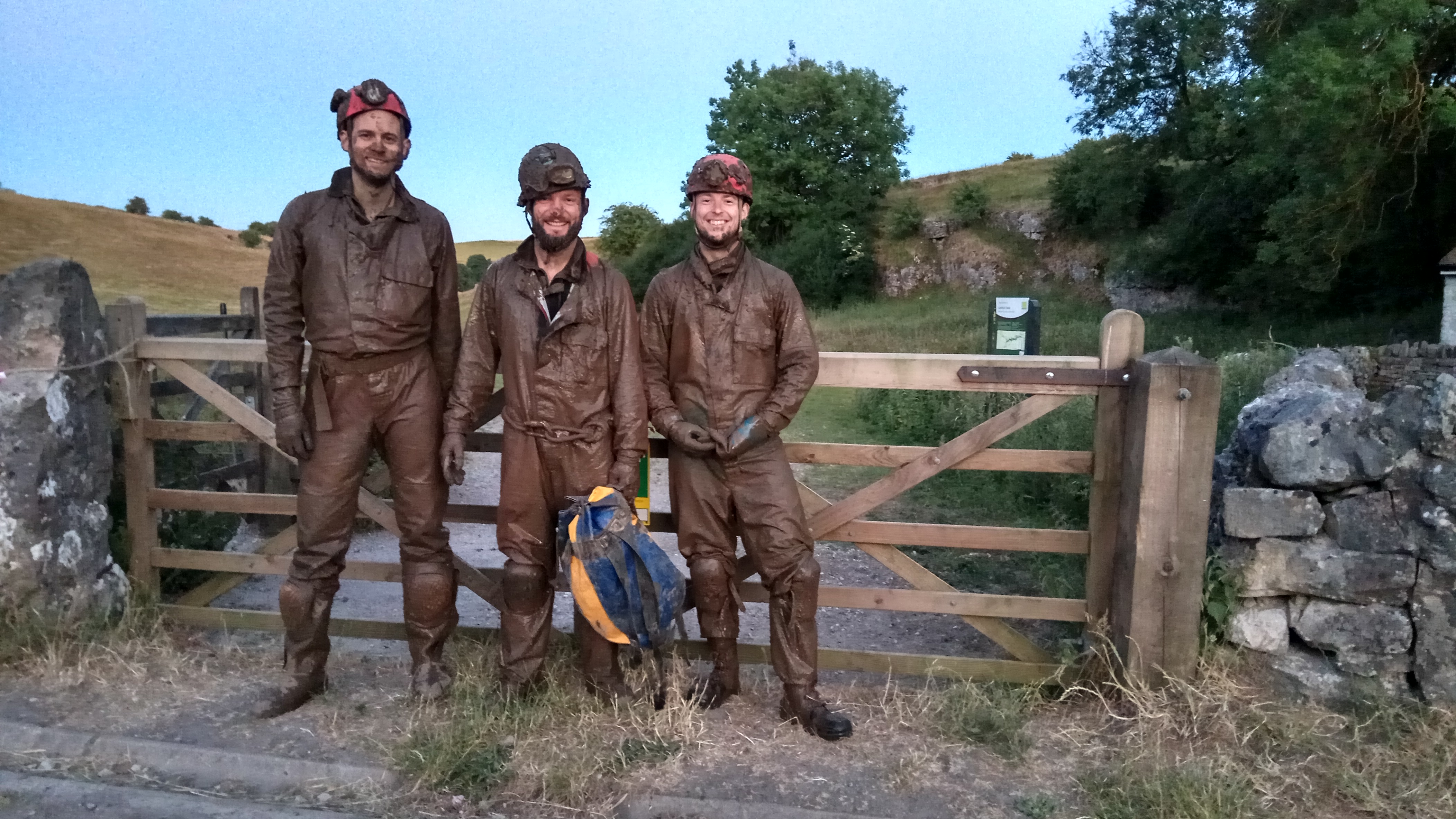