All excited after last week, Moose & I returned with Luke to have a poke at the mud filled phreatic tube in the roof of the chamber above Geology Pot.

After mostly striding up the chamber, Moose placed a few bolts to gain the final few metres. Joss sticks confirmed no draught, nevertheless Moose went to town trying to smash a route through the heavily calcited and sedimented boulders, swinging around in his harness, generally with his face as close as possible to the hammer, whilst me and Luke cowered beneath. 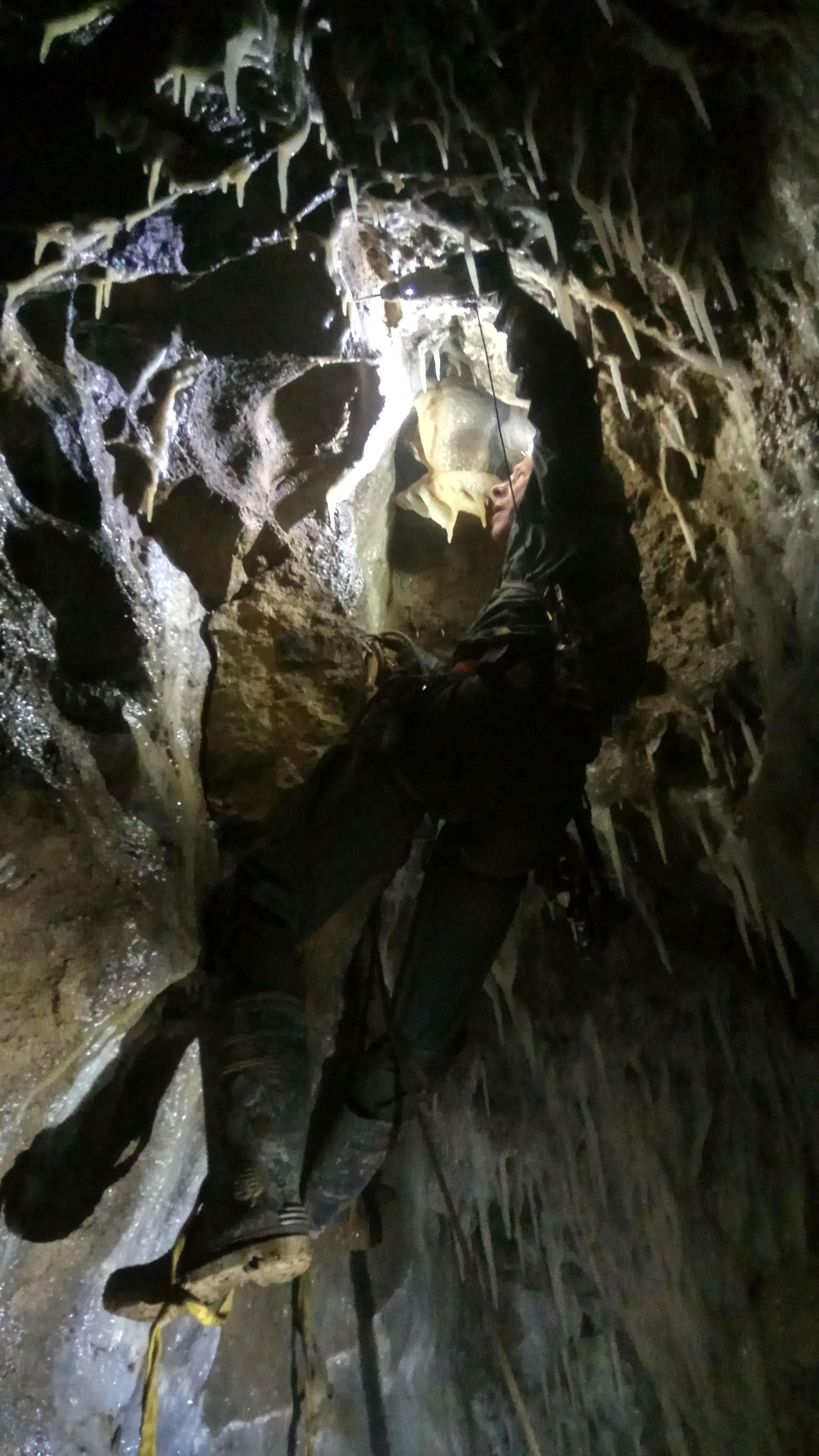 Good progress was made but it was evident that a quick breakthrough was not going to happen today. The roof above the boulders levels off to the North and the way on remains fully blocked with no enticing black space beyond. Still a good project, and a pick axe would make quick work, but derigged for now whilst we concentrate on another lead nearby.