After 3 long weeks tonight was finally the night to descend NCA pitch with the C. In the meantime Hal had been busy installing a mint lid on the cave entrance. 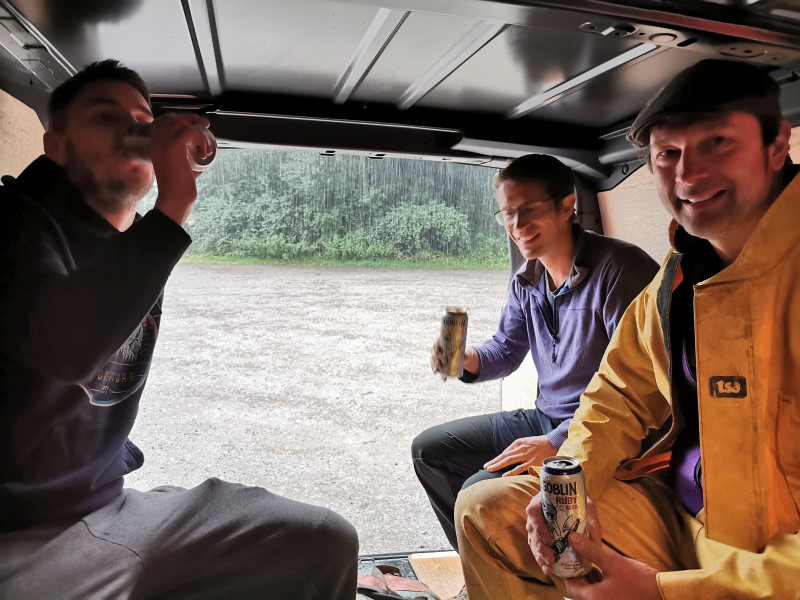 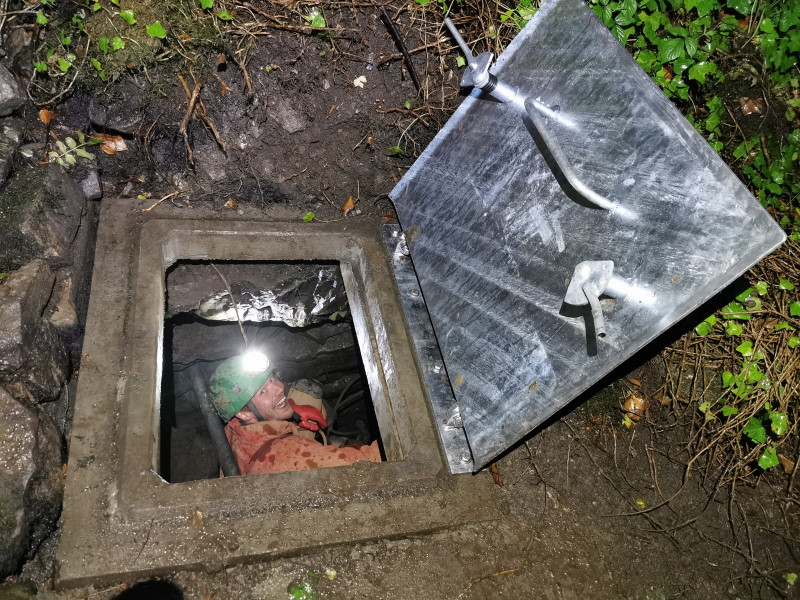 A bit later start we met at the cave and after a quick pre-beer armed with a couple of lengths of rope and bolts we hastily made our way to the NCA pitch. Plan was for Luke and I to rig the pitch and for Rob and Hal to enlarge the NCA squeeze. I down climbed the pitch and found a suitable place for a Y-hang and wasted little time rigging with the bolting lump hammer. I started to descend as Luke shouted up to Rob the situation. After a few metres I could see clearly over the top of a large poised boulder that the route forward (East) was clearly wide, wide open and BIG! I Shouted up to Luke who then relayed the message to Rob who quickly dropped everything and left Hal to enlarge the squeeze by himself…

Once on the floor I shouted up to Luke who quickly followed me down. I was now stood at the western end of a large boulder floored rift passage stretching out into blackness, things started to get really exciting really fast. Luke joined me then we agreed to wait for Rob and explore with all TA members present. We moved forward with Rob filming on his phone, the rift was some 1-1.5m wide and probably 8m high, after 15 or so metres we entered a large collapsed area with holes going off in the floor everywhere. A climb over some car sized boulders gained us access to great views of the chamber above where we stood and admired the amazing typical Stoney shell beds lining the walls of the chamber. 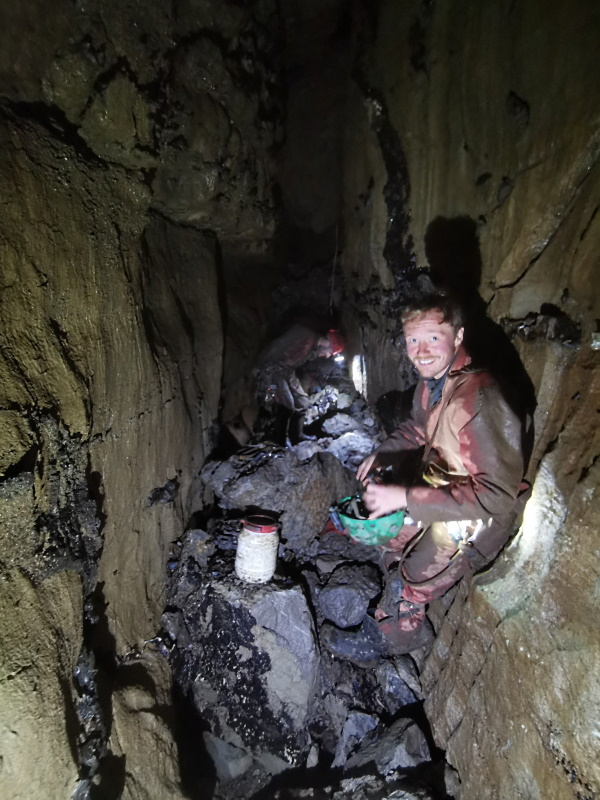 The excited Team at the bottom of NCA Pitch 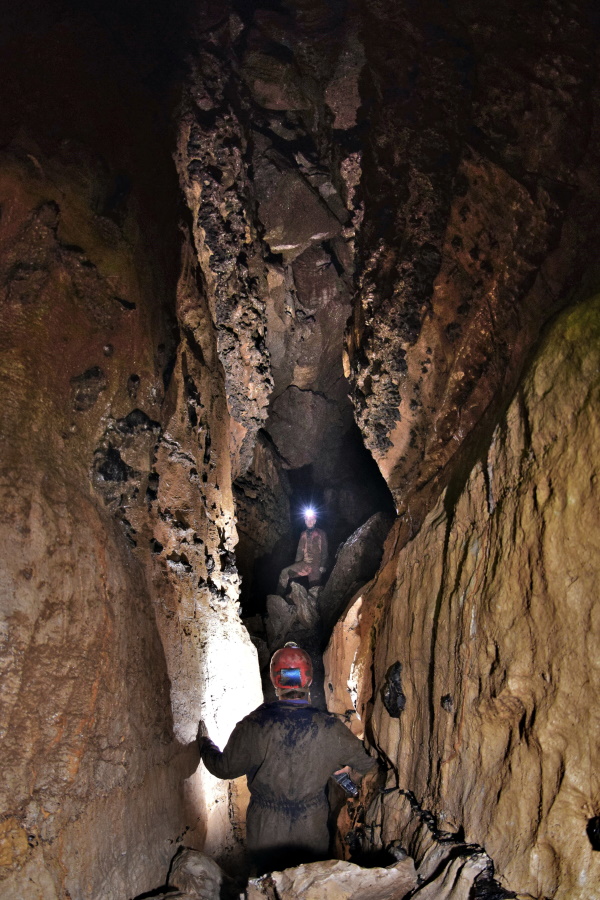 We first looked at the eastern end of the chamber and a squeeze through some poised boulders gained us access to the base of The Black Aven which at this level the walls were completely black, and the floor choked with boulders. The roof being approx. 20m above which we later accessed higher up in the choke. We then noted a few more holes in the floor which’d warrant further inspection. A climb over boulders at the southern end we reached a complex area of the choke and after a good fettle which involved poking your nose in every hole we found a solid wall and a funnel of boulders leading to a pitch. Rob chucked down a few rocks and it sounded epic! Boulders would crash down for a few seconds. Having left all our gear back at the bottom of the pitch we decided to call it a night here having to hold ourselves not to spend all night here. We headed back to the main chamber and took a few photos before heading back to surface for a not too late night and agreed to return on Friday to descend the new pitch. 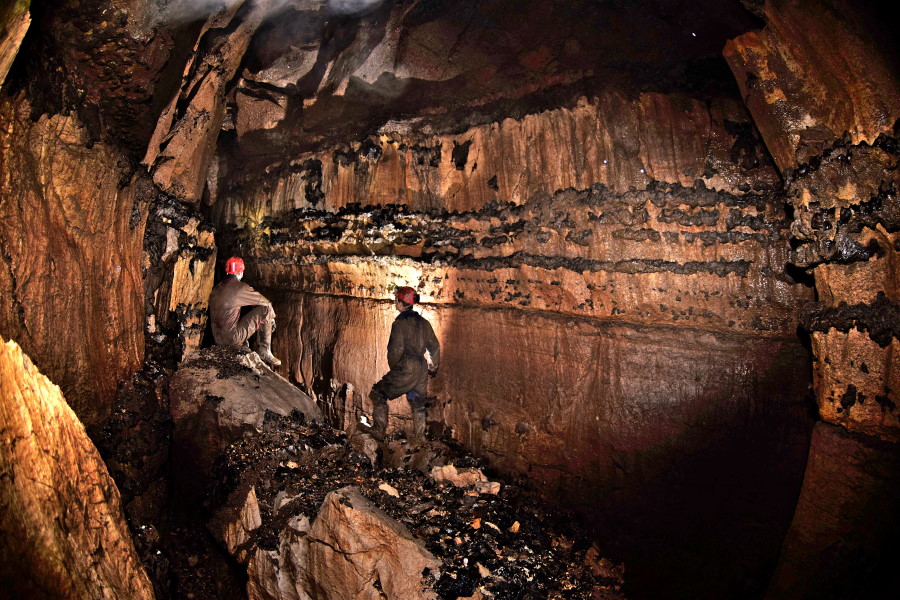 The main chamber - Photo by JonP

We made contact with Hal at the bottom of NCA pitch who had fallen asleep after some fantastic efforts enlarging the squeeze - Thanks Hal.